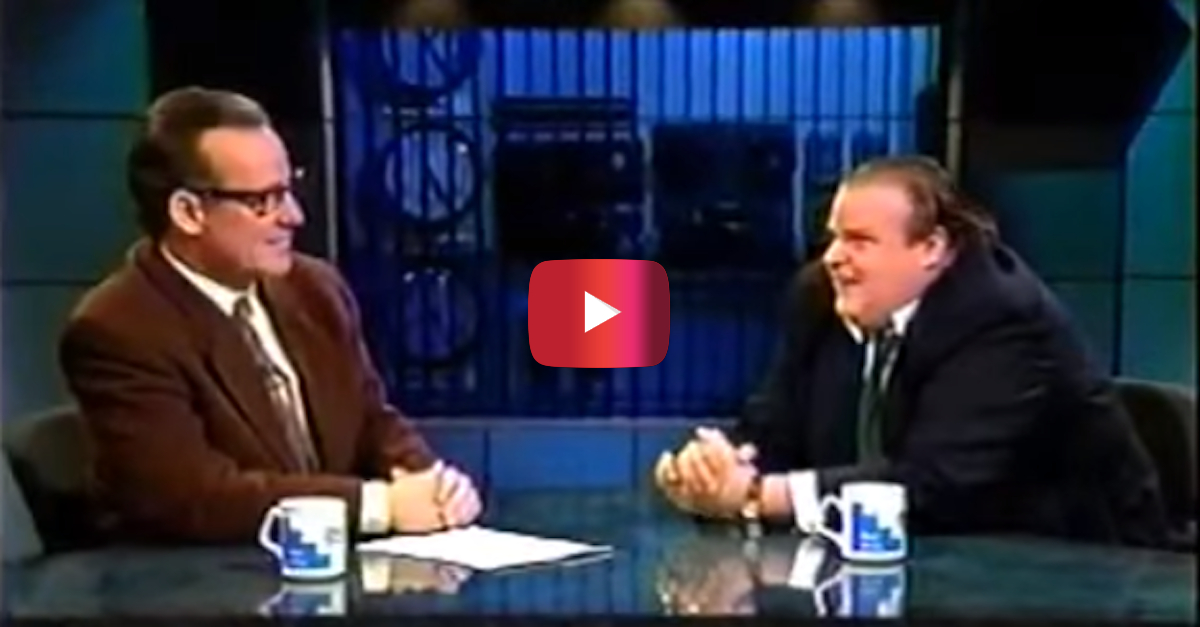 “Saturday Night Live” comedians Phil Hartman and Chris Farley took part in a TV special on CNBC back in 1994 where fans were able to call into the show and ask the two anything they wanted about SNL. Most of the questions were directed at Farley and the two seemed to really be enjoying the callers’ questions as well as the open dialogue.

Farley talked about one of his first times on the set of the show and how he knocked down everything off the wall just by slamming a door, but it was all good because the legendary Tom Hanks covered for him. He talked about his inspirations for his work and who he loved as special guests on the show too.