Most fans of the raunchy and absurd comedy series “It’s Always Sunny in Philadelphia” can name a dozen scenes that make them double over with laughter every time they watch them.

One of the plot lines in the St. Patrick’s Day episode was hilarious illiterate janitor Charlie Kelly’s quest to capture a leprechaun. Against all odds, Charlie, who’s hallucinating from drinking too much green paint, obtains what he believes to be one of the magical creatures.

RELATED: Get pumped about the nation with this America song from “It’s Always Sunny in Philadelphia”

Charlie obviously wants the leprechaun’s pot of gold, and he’s willing to do anything to get it. His first plan is to play “Stuck in the Middle with You” and reenact the torture scene from “Reservoir Dogs.” Thankfully, the rest of the gang bursts in, and Charlie explains, “I’ve tied a leprechaun to a chair, and yeah, I was going to cut him to pieces.”

It turns out that Charlie’s leprechaun is not actually one of the characters from folklore, but rather just a pickpocket.

RELATED: This behind-the-scenes look at “It’s Always Sunny in Philadelphia” shows that the gang has some serious pipes 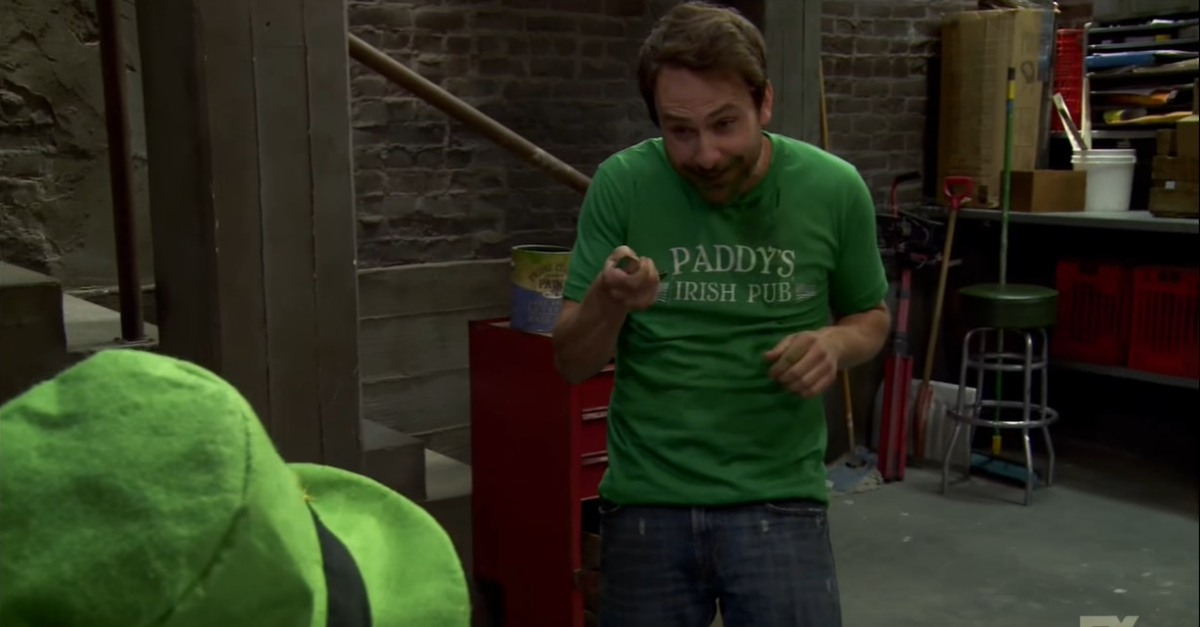