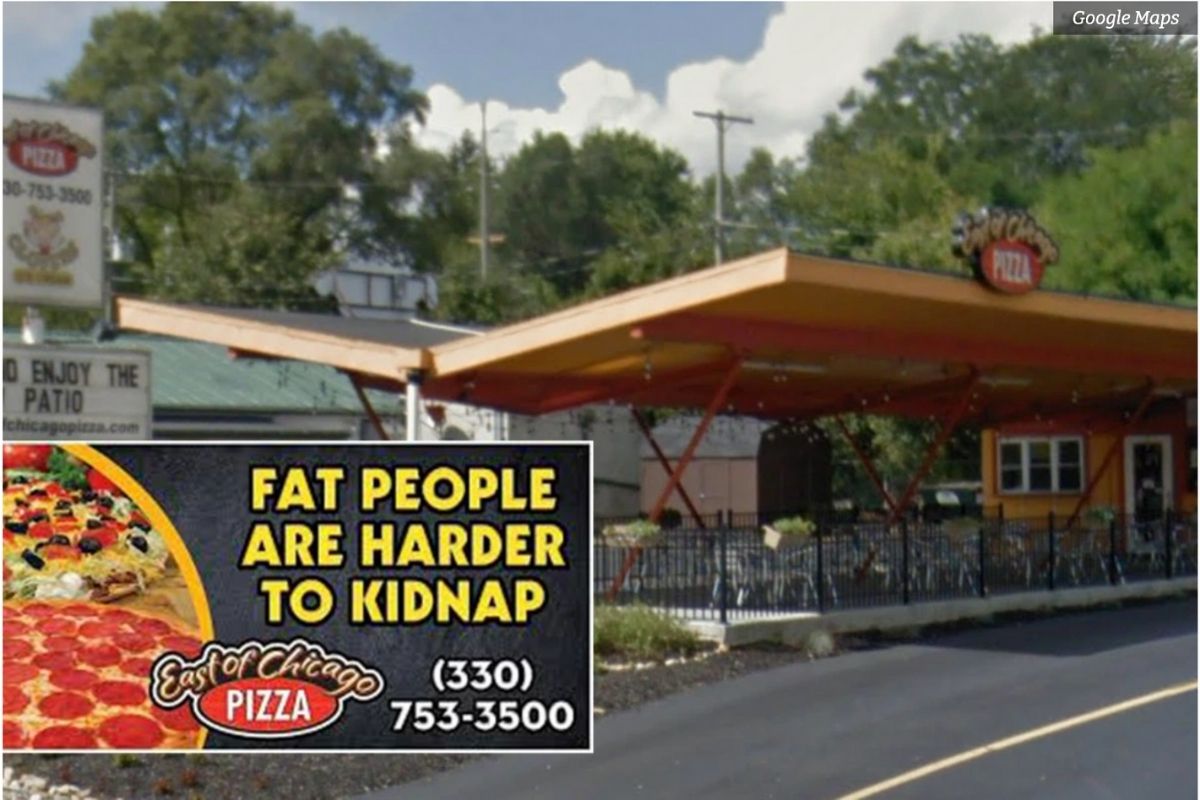 Jeremy Clemetson, who owns an East of Chicago Pizza location in Barberton, Ohio, is in trouble with his community for a billboard advertising his pizza place that said, “Fat people are harder to kidnap,” presumably encouraging people to eat lots and lots of his pizza because it would help prevent them from being dragged into a van and driven out to a secluded barn and where God knows what would be done to them. And also their pizza-built heft would make it more difficult to dismember their bodies and burn them after the fact. So much more muscle and gasoline required!

Of course, this doesn’t really take into account that fat people are easier to chase down than, say, a lithe jogger. But semantics aren’t really the issue here. At least one person was not amused with the ad for reasons beyond the logic of it. They wrote into East of Chicago Pizza’s corporate headquarters and said they found the sign to be in extremely poor taste, especially because it was apparently Human Trafficking Awareness Month.

Some Other Marketing Ideas…

Clemetson said he never meant to offend, and had no idea it was Human Trafficking Awareness Month. Still, Clemetson ultimately decided it was better to take the sign down. It probably is for the best that he took the sign down. Better to learn that lesson now before he started using even more offensive slogans, such as:

Watch: Putting Kiwi Fruit on a Pizza is a Thing