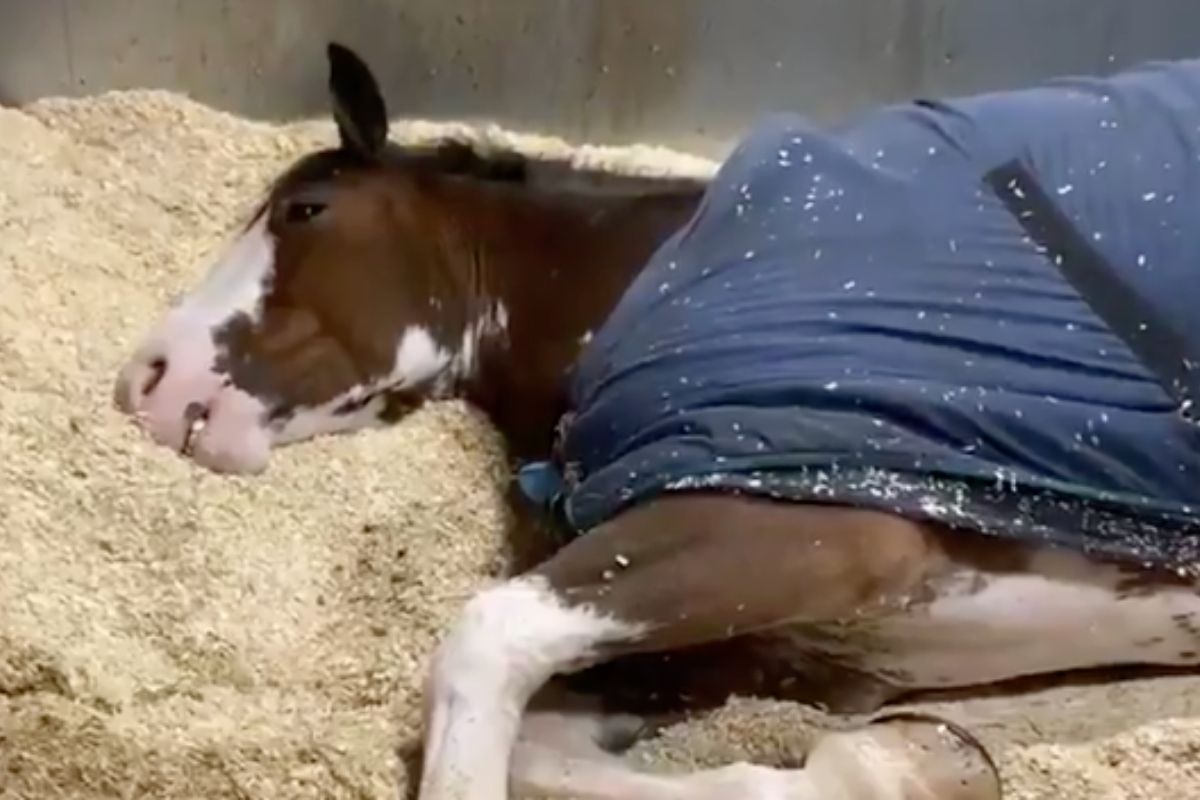 What’s typically facing you when you wake up on a bone-chilling, soul-crushing, freezing cold winter morning? Trudging out to your car through the snow to turn on its heater and wait for it to warm up? But only after you give yourself frostbite to the point that your hands are useless pieces of frozen meat from scraping ice and snow off your windshield. Or maybe you live in a city with a train so you have to make a daily trek to your station that would make Antarctic explorers (even the ones who died) pity you.

You think about all that in your warm, cozy bed and decide to hit the snooze button so you can dream of using your savings to buy a place in Florida.

Turns out humans aren’t the only ones who do that. Horses also hate getting up out of their comfy, toasty beds to go out and be slapped in the face by another cold, gray morning.

A police horse named Beau across the pond in the United Kingdom refuses to get out of his bed once winter hits, no matter how much his trainer with Merseyside Police’s mounted unit tries to rouse him. Eventually, Beau, like all of us, concedes, but not before stealing a few extra minutes of sleep and warmth.

Beau does NOT like these dark cold mornings. 5 more minutes please 😴😂 pic.twitter.com/ONZOXO4yxQ

Lots of amazing comments, likes and retweets. As a thank you here is part 2 (after I gave him 5 more minutes 😂). Give it a retweet and follow me and @MerPolMounted for more from Beau and the others #standtall #PHBeau pic.twitter.com/pDN715HofT

Can you blame this horse? If you play the videos with the sound on you can literally hear the rain in the background. Of course Beau doesn’t want to go wander out into the freezing rain on one of those classic English mornings so dreary and draining that they could instantaneously give someone who just took a hit of MDMA and found out they won the lottery seasonal affective disorder.

Someone get this horse some steamed carrots and a bowl of hot oatmeal.

Editors Note: This article was originally published on December 18, 2019.