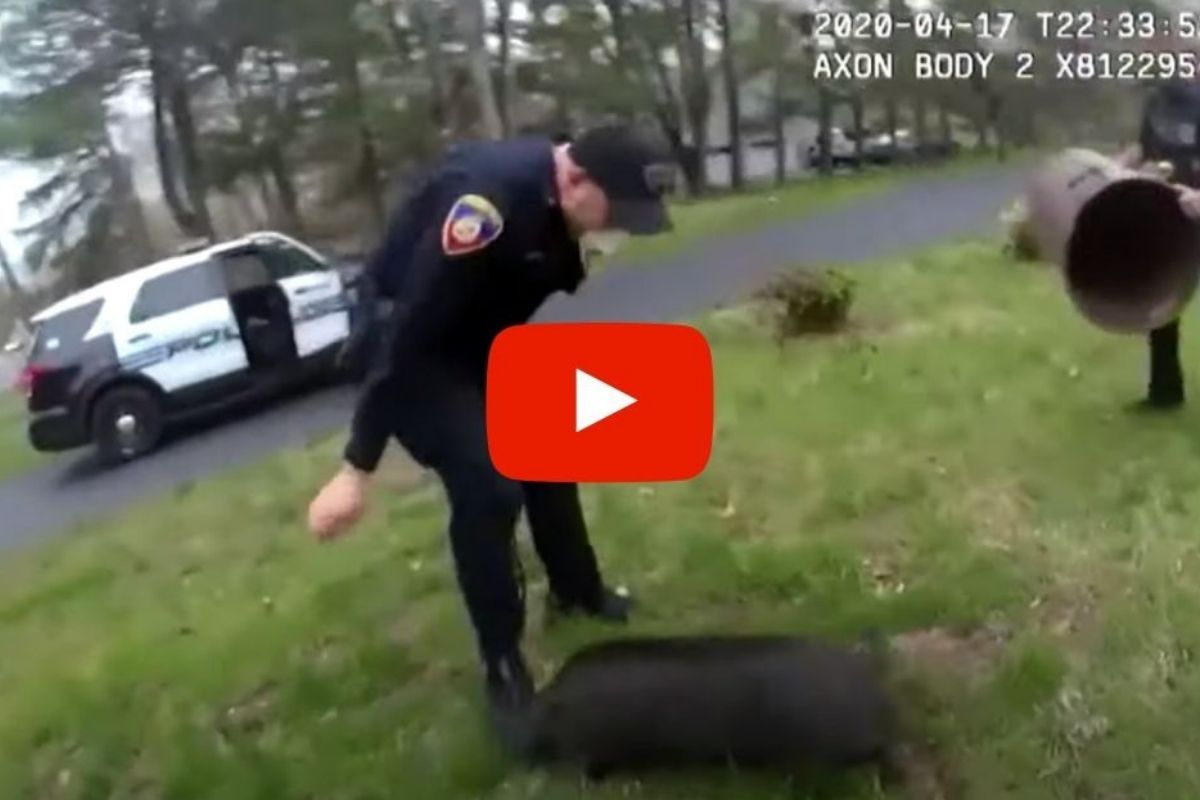 Oh man, I can’t even begin to tell you guys how much I laughed at this video. This little piggy wanted to go to the store, and arrive there pronto before it got caught! Hilarious footage surfaced showing, let’s call it an intense police chase, between a four-footed suspect and determined police officers in Stamford, Connecticut.

According to authorities, the whole pursuit lasted over 45-minutes and luckily for us, was all caught on bodycam footage by responding officers from the Stamford Police Department. Yes, God bless body cameras! This is the type of content we like to see from our officers. The video shows three cops chasing a piggy around a property by the edge of a pond near Winding Brook Lane. As they attempt to grab the corral pig, well, they quickly fail.

That’s when these officers try to get a bit creative and grab a garbage can to try to contain the pig by throwing it and trapping him. At one point, an officer quickly traps the pig under the garage can before the pig says ‘NOPE. not today” and quickly runs under another officer’s leg.

Eventually, the runaway pig probably got tired, and officers managed to trap the poor fella with the trash can. Smart move, really, better than catching him with their hands. Hilarious nevertheless. Imagine running home to your wife and telling her you partook in a wild never-ending chase…involving a pig! I’d sure celebrate by making that police officer some bacon because he deserves it.

Anyways, after the pig’s capture, police were able to take the pig to Stamford Animal Control while they try to locate its owners. Seeing the humorous side of this all, police stated, ?It took over 45 minutes of chasing the pig to finally catch him and get him under control. Oh yes, we are all aware of the plethora of jokes this incident brings to mind.?

Just another day at the office, fellas. Thank you for your service!

Editors Note: This article was originally published on April 21, 2020.