The most rotten thing about politics is that it sometimes makes us lose sight of the hilarious facets of life. You might love Bernie Sanders, but it’s still funny to point out that he looks like an old man sending back soup at a deli, as Dana Carvey so wonderfully points out. And, even the staunchest Trump supporter has to admit that the president’s hair is the punchline to a bad joke.

Our latest bit of wonderful, bipartisan humor came from the G-20 protests in Hamburg, Germany. A throng of left-leaning protesters came out en masse to protest the arrival of Donald Trump, and they were met by teams of police officers.

RELATED: Trump and Putin finally met and of course it got Photoshopped into something way more suggestive

But, the real hero at the G-20 protests wasn’t on either side of the barricade. He was just a pizza man. And, all he wanted to do was deliver pizzas — mob and armored police be damned.

Unsurprisingly, the pizza guy won praise from the protesters who greeted him with cheers. Everybody has to be proud of a man doing his job. 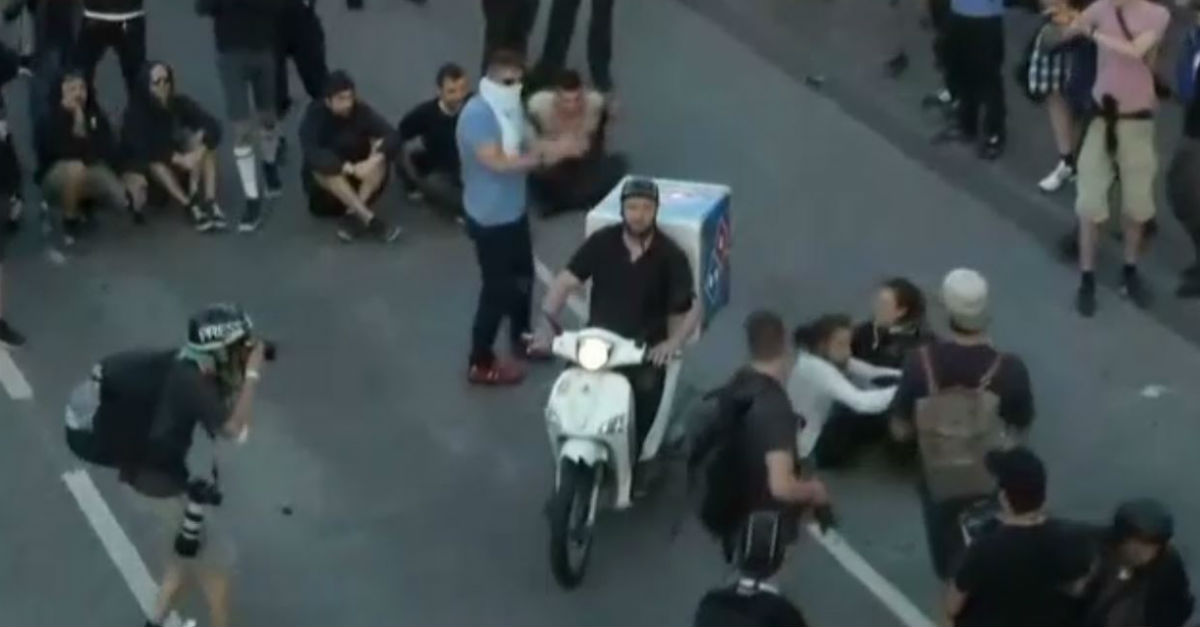