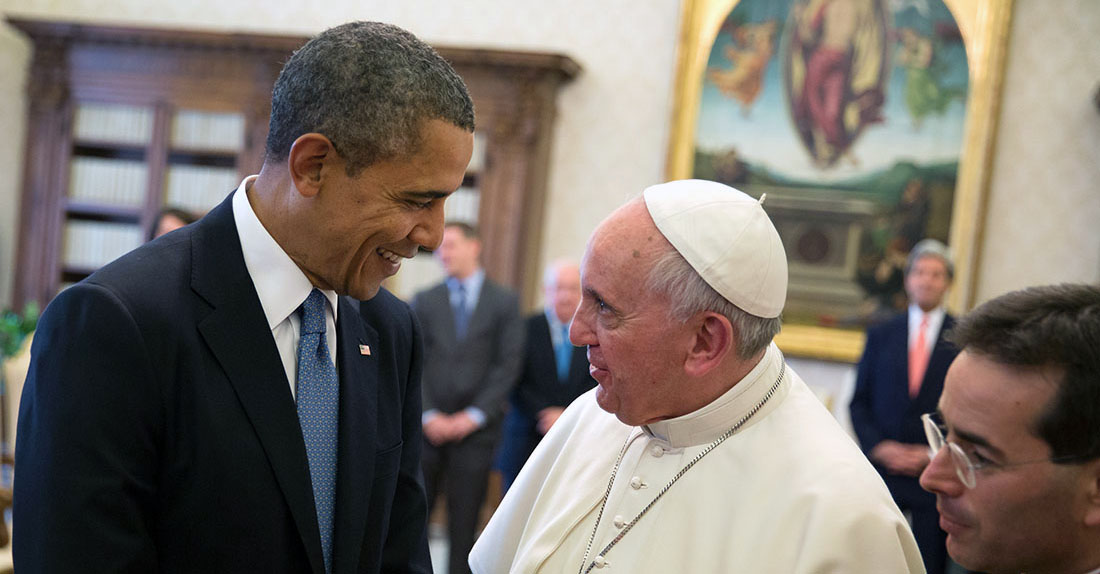 A video in which Pope Francis is seen accepting a bottle of Oban malt whiskey from some Scottish student priests also shows the Holy Father’s lighter side, as he reportedly declares upon receiving the gift that the Scotch-Irish delicacy is the “real holy water.”

According to Director Tony Kearney, who filmed a documentary called Priest School for the BBC with his company Solus Productions, he was filming the students meeting the Pope when they handed him the bottle. Instead of being stuffy or just putting the bottle to the side like so many other gifts he receives (he’s the Pope, after all), the Holy Father held the bottle of whiskey up as if it were a sacrament and said, “questa e la vera acqua santa”, which means “this is the real holy water.”

The Pope then, according to Kearney, laughed hard at his own joke. Kearney also said the Pope was incredibly down to earth and was super friendly with everyone.

Of course, though, a bunch of nerds at the Vatican wanted to edit out that quip from the video, saying they didn’t want the Pope to be seen endorsing whiskey. Unfortunately, Kearney had agreed to give the Vatican final say on the footage in exchange for being allowed to film there so the clip was ultimately cut from the documentary.

But, whatever, we all know the cool Pope really knows what’s up. Pope Francis used to be a bouncer in Buenos Aires. He’s a Jesuit. Obviously Pope Frank likes to throw back a few. Scotch, whiskey, beer, Rumpleminze, a prairie fire shot, a couple of Jaeger bombs, a Cincinnati Colon Eraser. You name it, Pope Francis drinks it.

Also, who would be upset by the Pope saying this? Saying that he enjoys alcohol? The wine-soaked Italians and French? The Spanish, who don’t even eat dinner until 10 because they need five courses of booze appetizers first? The Polish drowning in vodka every weekend? It sure can’t be Mexico, Central, and South America. The Irish?!?!?!