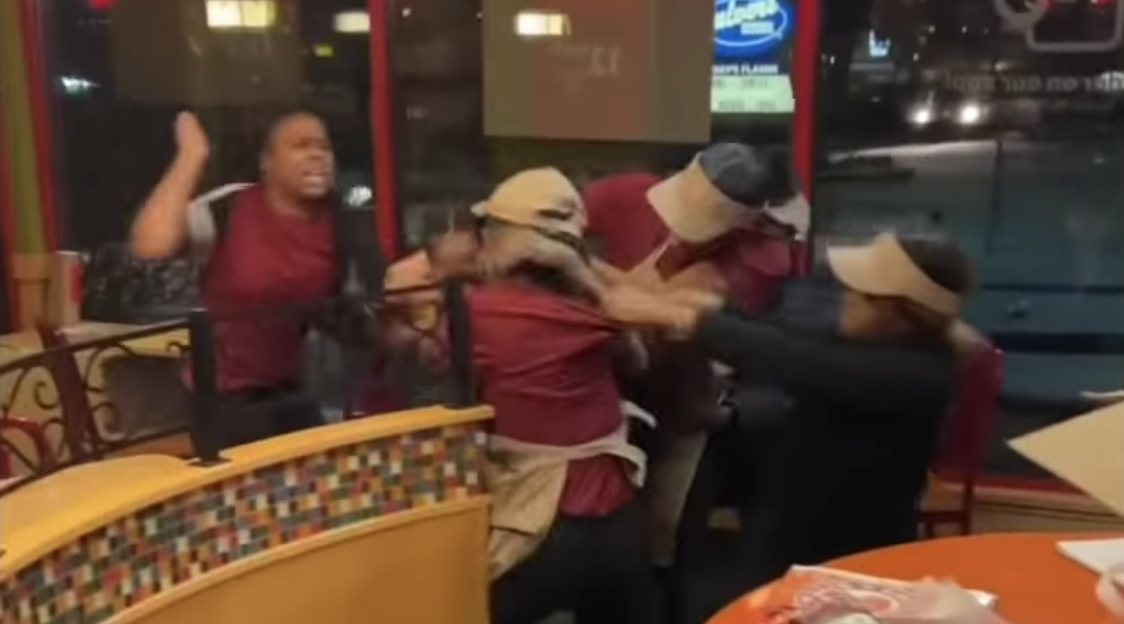 A heart surgeon trying to keep a child alive, a pilot attempting to safely navigate a packed plane through a terrible storm, Popeye’s workers when the chain’s famous chicken sandwiches come back on the menu… All stressful situations at jobs that the average civilian could hardly even begin to understand.

The Popeye’s chicken sandwich turns people crazy, man. People fight over them. People kill for them. It’s no wonder then that the stress of serving a sandwich worth taking a life over gets Popeye’s employees on edge. It’s only natural that somewhere seven of them would start beating the crap out of each other. And that’s exactly what happened at this Popeye’s in Milwaukee.

You can really sense the stress that serving this chicken sandwich has created: the anxiety of wondering whether or not someone will toss a Molotov cocktail when you announce that your location is all sold out. The fear that any minute someone could stab you in the neck because they think you’re taking too long to serve their sandwich. The grim realization that you finally understand all those stories your dad told you about Vietnam…

According to reports, all seven of the employees involved in the fight have been fired — which feels like a mistake. These employees get paid minimum wage to spend all day covered in grease and get harassed by demanding customers. At some point, it’s going to boil over. And although this multi-part brawl is pretty insane, those workers were hardened chicken sandwich veterans. You’ve got to cut them some slack.