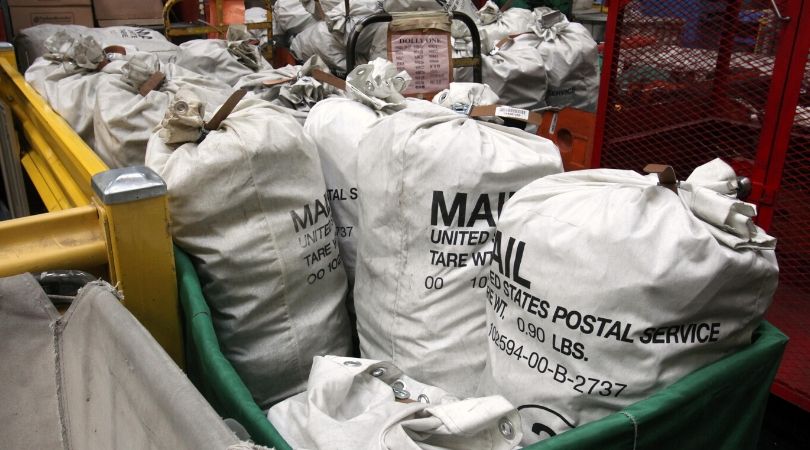 I have so much respect for postal workers. It’s insane how much they go through every day. Whether it’s an angry dog chasing them, driving in freezing or scorching weather conditions, or trying to carry that heavy package that is bigger than them, their job is hard and we all know it. But they do it because well, that’s their job, and that’s what they get paid for. Which is what this hilarious and naive postal worker forgot.

Basically, this man hated his job so much that he tried to work around it. He was caught with a public storage unit full of mail he never delivered. Yes, the worst postal worker in the world, ladies and gentlemen. According to authorities, Jason Delacruz pleaded guilty to charges of delay of mail by a postal employee.

without a doubt my favorite genre of offbeat news story is "overwhelmed postal worker starts hiding and hoarding mail instead of delivering it" https://t.co/AahjDkfSkf

Delacruz, who worked as a mail carrier in Chesapeake, Virginia, stated he felt “pressured” and couldn’t “make time” to complete his daily mail route. He told authorities that he rented a public storage unit for $49 per month for “the sole purpose of storing mail” that he couldn’t deliver. The postal service employee began hiding mail in November or December of 2018 and rented the storage until February 2019. Court records stated he put mail he was unable to deliver in the unit from that time, until he was ultimately discovered in May 2019 and pleaded guilty in August 2019.

Trying to defend himself, this man told police that he actually did intend to deliver the mail inside the storage unit, but fell behind and was never able to. But he did note that he never destroyed any of the mail he hid. Agents from the United States Postal Service Office of Inspector General reportedly found almost 5,000 pieces of mail in the storage unit. They discovered 97 pieces of first-class mail which included letters from insurance companies, the IRS, the Department of Motor Vehicles, several bank statements, and other tax return documents.

Then, court documents state there were 115 pieces of magazines and other publications and one undelivered package found in the unit. The big bulk of the mail was advertisements which were more than 4,7000 ads. Postal Services did deliver the first-class mail after they found it, and ads were discarded since they were old. As for the lazy postal worker, well according to USPS public relations manager Dave Partenheimer, they did what they had to do and fished him out. The man resigned in 2019 after working for 14 months prior to resignation. Delacruz could face a fine of up to five years in prison, according to federal law.

Now, this to me is insane. Dude, I get it, working is tough. We have all been there. But in what mentality do you think that you, a postal worker, can just not deliver the mail? Like you’re supposed to, it’s literally your job description, my man. You never know what kind of important documents you’re hiding from people!

Watch: That Time Jeremy Clarkson Was Held at Gunpoint During ?Top Gear? Filming