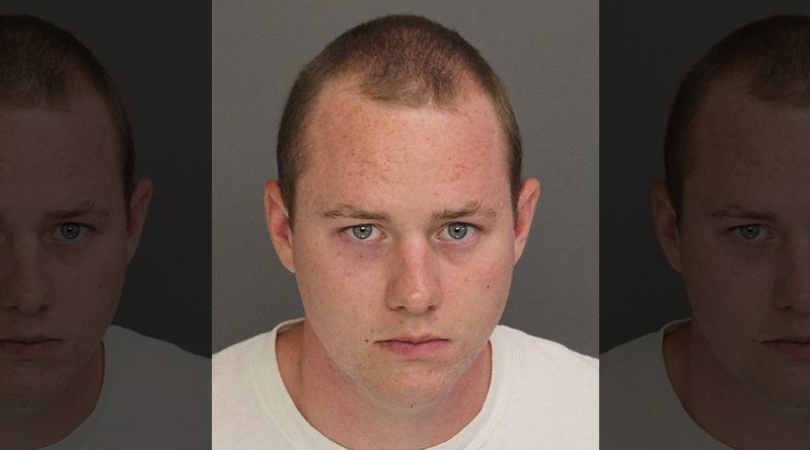 I live for potato chips, I eat them pretty much every day. It?s a habit that I probably will have until I die, and honestly, I?m not even gonna try to break it. Let?s face it, they are the perfect (and unhealthy, but that?s beside the point) snack that everyone can enjoy. But, saying that, I will never shoot someone over a bag of potato chips. But 19-year old Ryan Dean Langdale would, and in fact, he did.

A dispute over a bag of chips turned violent after Langdale, from South Carolina, shot his 17-year-old cousin after warning him not to eat his salt-and-vinegar potato chips. The victim stated Langdale clearly told him, ?Do not touch my chips, or I?ll shoot you.? Like any 17-year-old would, he didn?t believe Langdale, and well, ate the damn chips. In a state of what I can only assume was rage, because no one touches Langdale’s chips, he shot him in the chest.

Deputies stated Langdale initially reported the incident at his home as an “accidental shooting”. He said his cousin had dropped a hunting rifle while cleaning it, and unintentionally shot himself. The cousin confirmed the account in a brief statement given to deputies, before being rushed into life-saving surgery, and heading to a Charleston area hospital for treatment.

I use to hate these as a kid….but these damn things as an adult are addictive!!!! I love me some #lays #saltandvinegar #snack #fav #workflow

Sheriff’s stated his story didn?t quite add up and started to investigate. They believed the pathway the bullet had taken through the teenager’s chest was ?impossible? if he indeed had mistakenly shot himself. When the victim woke up days later, he eventually told them Langdale shot him in the chest after warning him not to eat the delicious chips. Landale allegedly went into a back room, fetched a rifle and pointed it at the 17-year-old. He then tried to switch the rifle used in the shooting with another to cover up his involvement.

The ?chip shooter? is now facing charges of attempted murder, obstructing justice and using a firearm in a violent crime with a bail set at $55,000.

Watch: The 15 Regional Potato Chip Brands You Should Try at Least Once