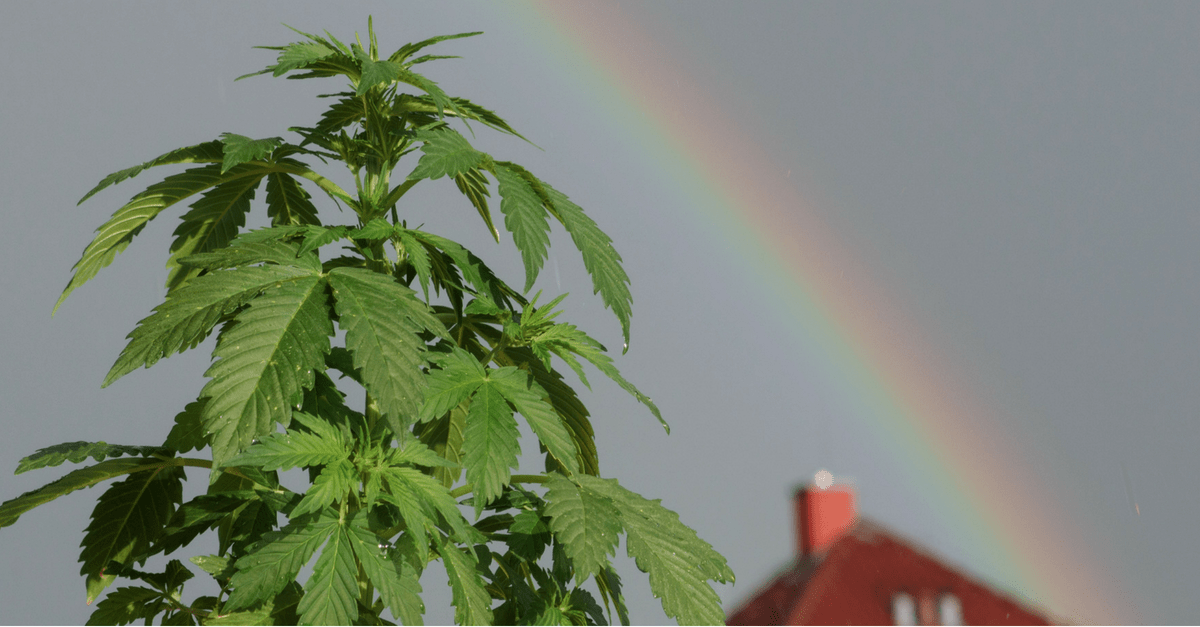 This is A+ prank work. Though it’s doubtful (and smart) that no one will ever publicly come forward and take credit for this prank — at least not for a while — may we here at Rare offer our proud and hearty applause to these anonymous pranksters.

According to KENS, a person or people planted marijuana seeds in a city garden in Powell, Wyoming and then tricked city gardeners into raising their drug babies on the city’s dime. That includes a garden that is not far from the police station. (After learning about the plants, Police Chief Roy Eckard says he quickly went and checked the planters outside the police station to see if the Green Bandits had hit their decorative foliage as well.)

It’s hard to imagine one of those city gardeners didn’t turn to another at some point, while the marijuana plants were growing, and ask, “Who planted the weird basil? Is this like a city herb garden now or something? It smells awful.”

Either that, or, “Yo someone planted weed in here. Don’t tell the boss. We’re taking this shit as soon as it’s good to go.”

It was probably the second one, if we’re being honest with ourselves.

Either way, Powell officials assume this was someone’s prank, and seemed more or less amused by it (though they almost certainly don’t want this to become “a thing”).

One has to wonder, was this prank inspired by the episode of Parks and Recreation in which literally the exact same thing happened?

The answer to this question feels like a resounding and undeniable yes. Or, perhaps, the planting was a protest of Wyoming’s strangely strict anti-marijuana laws, which are, according to Wikipedia, some of the strictest in the entire United States of America. Whether it was a prank, inspired by Parks and Rec, or a protest, nicely done.

This story was originally published July 16, 2018.

Watch: Willie Nelson Is Launching His Own Brand of Weed, ?Willie?s Reserve?