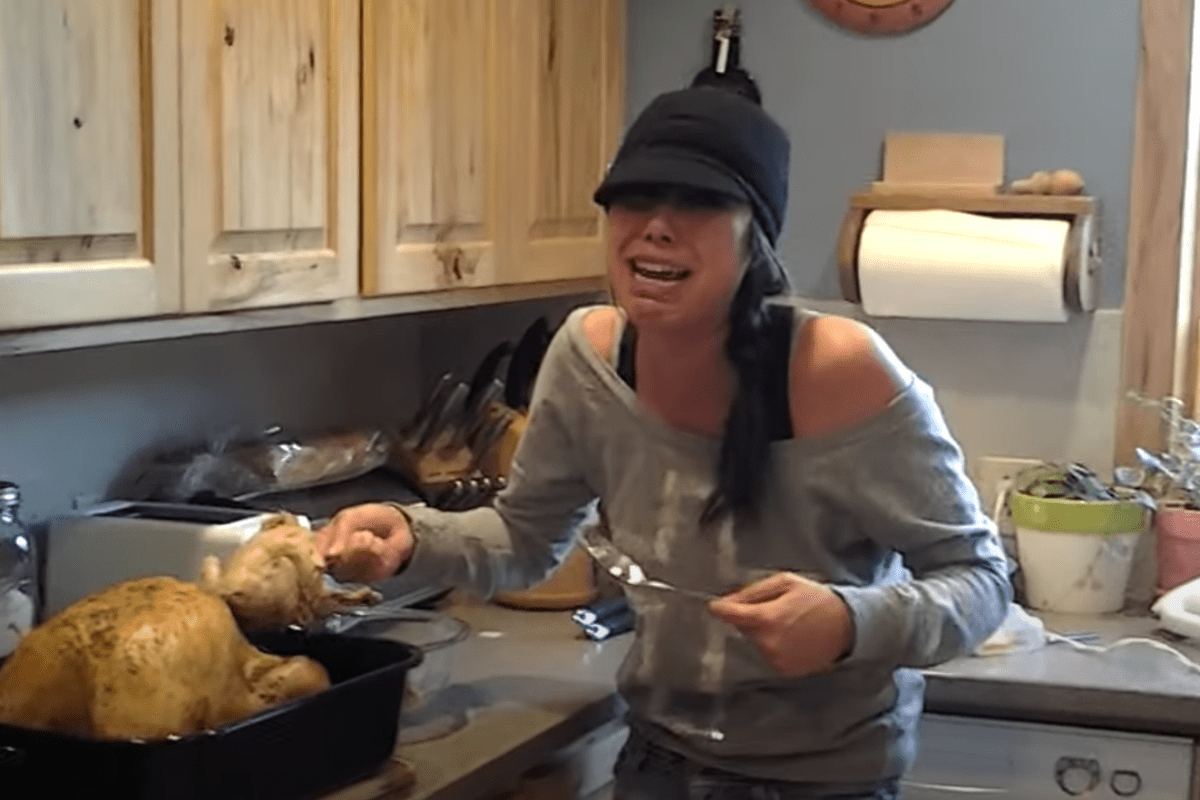 If you’re hoping to inject some fun into a likely pandemic-subdued Thanksgiving Day may we humbly present to you the Pregnant Turkey prank, a perfect way to trick your beloved relatives into believing they are doing something terrible and/or disgusting.

The Best, Most Epic Thanksgiving Prank Ever Conceived?

The prank is simple and wonderful and there are basically two ways to execute it. Option one is to, without anyone else knowing, put a cornish hen inside the turkey and then hide it in copious amounts of stuffing and bake the bird(s) like you normally would. When the turkey is done you ask the person you want to prank (usually a kid) to do you a favor and pull out the stuffing. Eventually, they’ll find the “baby turkey.”

That’s when you, the prank master, declare, “Oh dang! They gave us a pregnant turkey!” Then watch the prankee lose their minds. Great fun!

At this point, you may be asking, however, “Don’t turkeys lay eggs? Because they’re, you know, birds?” Yeah, they do.

The other way to play this prank is to put an egg (or eggs) inside the turkey and when the person being pranked finds them you basically say the say same thing. “Darn Walmart sold us a pregnant turkey.”

I think we can do better, though.

Yeah, sure, you could simply end the prank at “oh wow a pregnant turkey” and get a few easy laughs before posting the video you took to social media. Or, you can scar your friends and family forever.

I vote for the latter. Here’s how you do that.

You perform the prank as has been explained so far, though if you go the egg route (which I personally recommend because it’s more believable, thus more horrifying, thus more hilarious), put peeled hardboiled eggs inside the turkey.

Whether you use the cornish hen or the eggs, once the person being pranked discovers the “baby turkey” you and whomever else you’d like to include in this prank should pounce. Instead of being some level of surprised and confused that the turkey is pregnant, get real excited. Say, “Oh hell yeah we got a pregnant turkey!”

“Yeah it does,” you’ll reply excitedly before turning to your wife or husband or whomever and saying, “Hey we got a pregnant turkey get in on this!”

Then descend on the turkey — more specifically the baby turkey or turkey eggs — like ravenous werewolves. Don’t just eat the hen or hard-boiled eggs. Feast on them like you’ve been starved in a Vietnamese prison for the last year. Like they’re the most delicious things you’ve ever tasted. The scene should be grotesque. Eat with your hands. Have no regard for the mess you’re making. You’ve been turned into animals.

Meanwhile, the person you’re pranking is watching and hopefully maybe crying or gaging at this point. And then if you feel like it tell them it was a joke. Or just let them go on believing that this is a thing that exists in the world they live in.