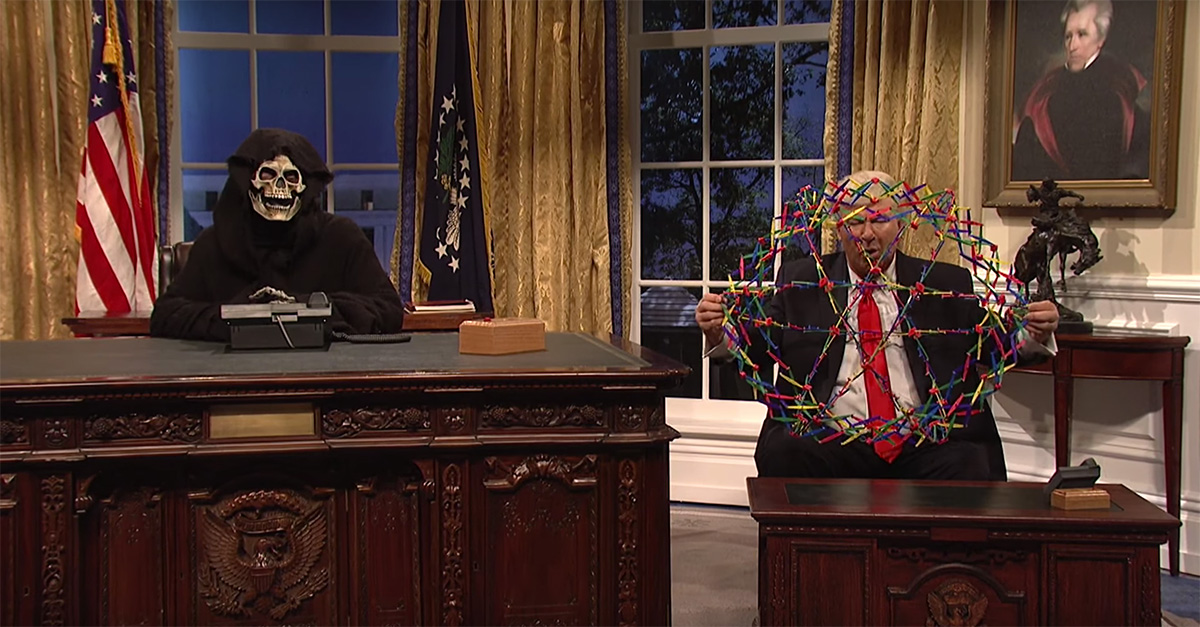 NBC/Screenshot
A well-rested "President Bannon" takes his rightful place in the Oval Office on "SNL."

This past week, Donald Trump’s top aide finally hit prime time, as Steve Bannon made the cover of Time — with the President himself nowhere to be found. And as Bannon got more recognition in the media, it was finally time for him to come to “Saturday Night Live” last night. But who would play Bannon?

RELATED: Melissa McCarthy gets the “Alec Baldwin deal” and shows up on “SNL” as Sean Spicer

“I’ve had a long day. I’m tired and cranky, and I feel like I could just freak out on somebody,” said Trump. Bannon, in his eternal wisdom, says its the perfect time to make a round of calls checking in with some other world leaders. Because, hey, what could go wrong?

He declares war on Australia after finding out about the United States’ reception of refugees, on Mexico, because they still won’t pay for his wall, and on Germany, because why not? Right? But the best part of the sketch, the perfect summation of the past two weeks, is the end, when Bannon makes his boss go sit in his real desk and play with a shiny toy so the big boys can get some work done.

Because you know our president saw this, and you know he dropped his KFC famous bowl on the floor in anger.