On Monday night, President Barack Obama appeared on “Jimmy Kimmel Live!” for a second round of “Mean Tweets.”

The segment features various celebrities reading mean things that have been written about them on Twitter. As soft music plays in the background, the big names, even the President of the United States, engage in some hilarious self-deprecation.

Since he is no stranger to criticism, or to social media being used to deliver it, President Obama is in many ways the perfect mean tweets participant.

Highlights of the segment include these gems:

“Barack Obama is the Nickelback of presidents.”

“Just found out my daughter shares a birthday with Obama PUKE.”

“Barack Obama, bro…do you even lift?”

Despite the humorous jokes delivered by normal civilians, the highlight of the day had to be President Obama’s reaction and reply to a tweet from Republican presidential candidate Donald Trump.

“Obama will go down as perhaps the worst president in the history of the United States – @RealDonaldtrump,” President Obama read before delivering this blistering response:

“Well, @RealDonaldTrump, at least I will go down as a president.” 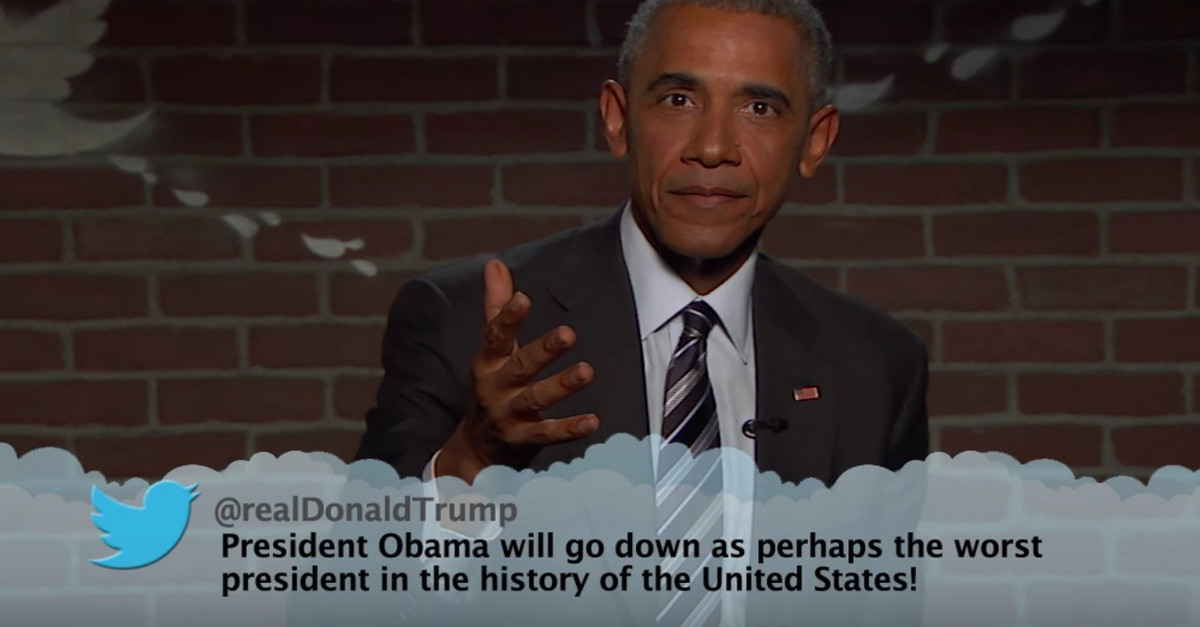