“In the year 2018, aliens from the planet Zorblatt 9 landed on Earth. They did not come in peace.”

Opening like a low-budget remake of “Independence Day,” complete with the line “The fight for humanity begins now,” most of the cast is in line, dressed up in military fatigues, waiting for a comment from the Commander-in-Chief.

“But Mr. President,” interrupts General Kenan Thompson. “What about the aliens? They just vaporized the entire state of California!” Trump’s actually excited about this, because he thinks now it means he won the popular vote.

“Everyone in California is dead!”

But Trump only asks, “Even Arnold?”

RELATED: Based on this fake trailer alone, “Youngblood” is an “SNL” movie we’d love to see

Throw in the possibility of Trump having business ties on Zorblatt 9 and Bobby Moynihan dressed up in green paint like an alien from an Ed Wood production, and it’s a perfect way to start the show. 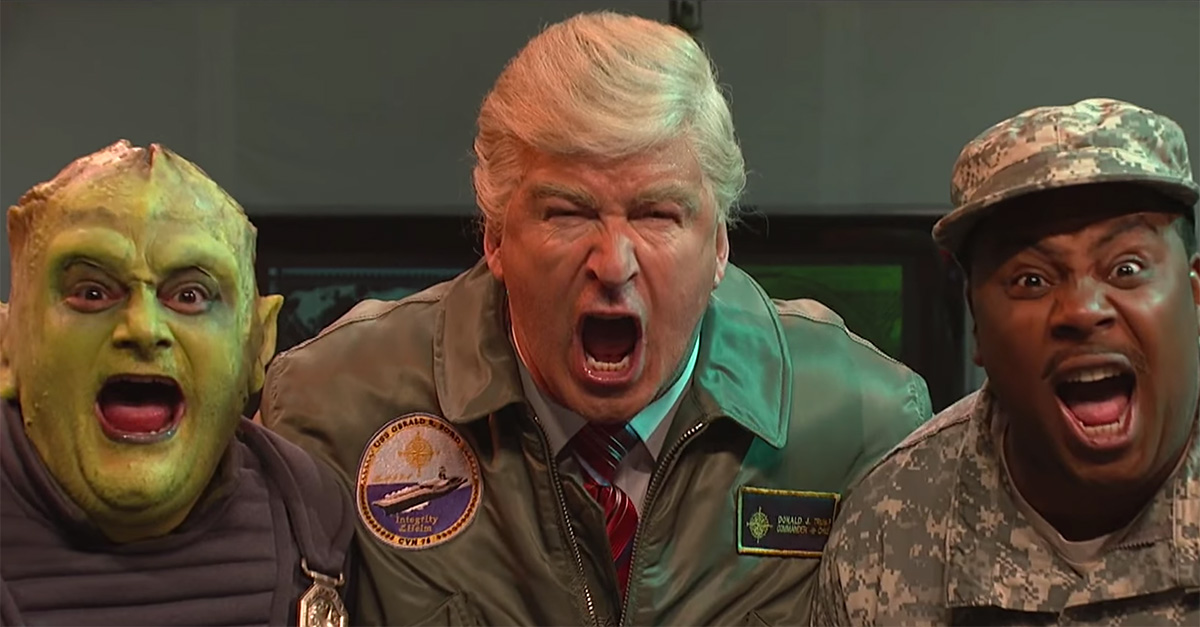