If you’re unfamiliar with Puddles Pity Party, it’s not too late to jump on the bandwagon. Puddles is a 7-foot-8-inch tall clown who initially went viral a few years back when he teamed-up with musical project Postmodern Jukebox for a cover version of Lorde’s hit “Royals.” In their most recent collaboration, Puddles performs a heart-wrenching rendition of the pop-punk classic “All The Small Things.”

RELATED: This sketch features a clown giving a massage — and it’s as horrifying as it sounds

Puddles has a surprisingly strong and oddly soothing voice that you wouldn’t expect to hear coming from a giant clown. Like every Postmodern Jukebox cover, this version is nothing like the original, and Puddles’ distinctive vocals give the lyrics a whole new meaning.

Postmodern Jukebox recently released a new album which features a variety of jazz-infused cover versions of popular hits including Lady Gaga’s “Poker Face” and Ariana Grande’s “Side to Side.” 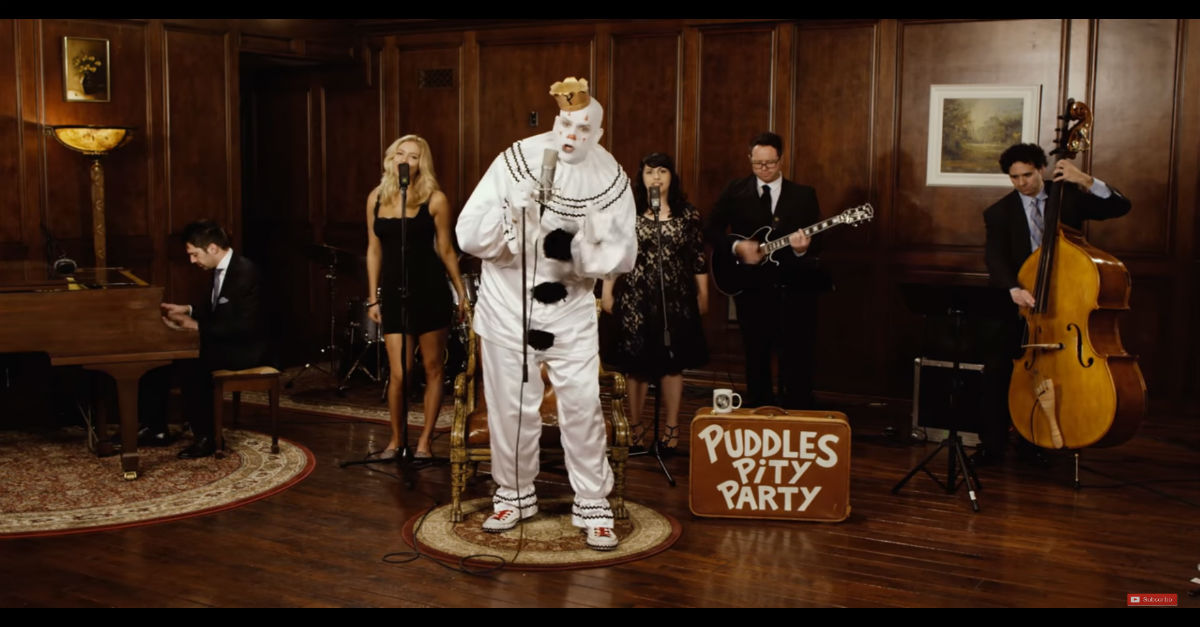