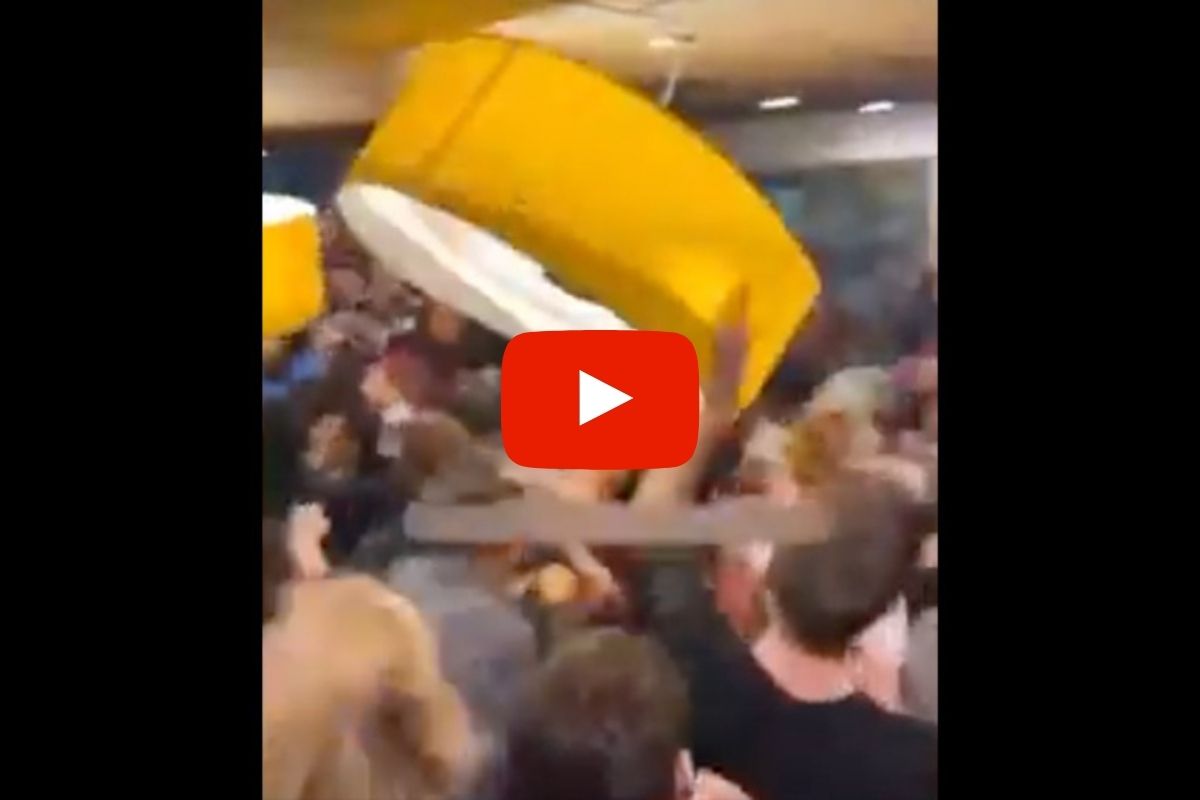 But this time, oddly, at a Denny’s in Sacramento, California, the punk rock band that helped destroy the restaurant was playing a show there. Unfortunately for the diner’s employees, as well as everyone trying to quietly enjoy 8,000 calories worth of breakfast for under six dollars, hundreds of kids showed up to rage at the hardcore band WACKO’s show and a mosh pit quickly broke out. After that, it was pure chaos.

Somehow, one 17-year-old was left behind to foot the entire bill for the damage caused. (No idea how a teenager paid for this high school tornado.) The band said on its Instagram page that the kid was a true hero and they plan to throw a fundraiser to pay him back.

You’ve got to feel for whatever poor, foolish Denny’s manager booked this show, thinking it would help sales or something. Some regional GM probably encouraged their managers to “be creative!” about how to attract new business to their stores. Then, in what they thought was a stroke of genius — the type of idea that could have them going places! — the manager thought it’d be cool to have a band play. Get the young crowd. Make Denny’s hip.

Instead their good intentions were rewarded with a destructive riot and probably also a noxious cloud of vape smoke, sloppy teenage foreplay in their booths, and maybe even a dump in one of the urinals. Honestly… sounds like a pretty cool Denny’s. Might go next time I’m in Sacramento.

Watch: A Louisiana Comedian Filmed an All-Out Brawl at Denny?s, But Got Facebook Flak for Not Helping