Over Fourth of July weekend, a viral video from late May got a new round of Internet love after several posts from Reddit.

The video, titled “Train Horn Prank!! *GONE WRONG* RUINED MY TRUCK!” shows some guys from Dynamic Duo TV rolling through a Taco Bell drive-thru and blaring a horn that sounds like a freight train just as the unsuspecting cashier gives them their items.

In this case, the cashier isn’t in the mood for any shit; instead of laughing off the “prank,” she throws the group’s soda through the window, which then splashes all over the car.

Though it appears the group is pushing for sympathy from the people who follow their channel, the majority of the reaction to the video has been in favor of the cashier.

RELATED: After years of pranks, this guy got revenge on his girlfriend in the worst way possible

“Grow some balls, grow up, buy a mans truck and for gods sake get get a real job because you guys suck,” one user wrote.

“I would have charged you assholes twice then threw your drink!” another chimed in.

Throughout the rest of the video, the guys in the truck show off their idiocy by driving around their town and scaring the crap out of people with their train horn.

“These guys are like two walking stereotypes. Ridiculous pickup truck, flatbill hats, and general douchebag behavior,” another YouTube user posted on their page.
“I’m just sorry that cup wasn’t full of hot coffee.”
As of July 5, 2016, the video had almost fives times the number of downvotes than upvotes. 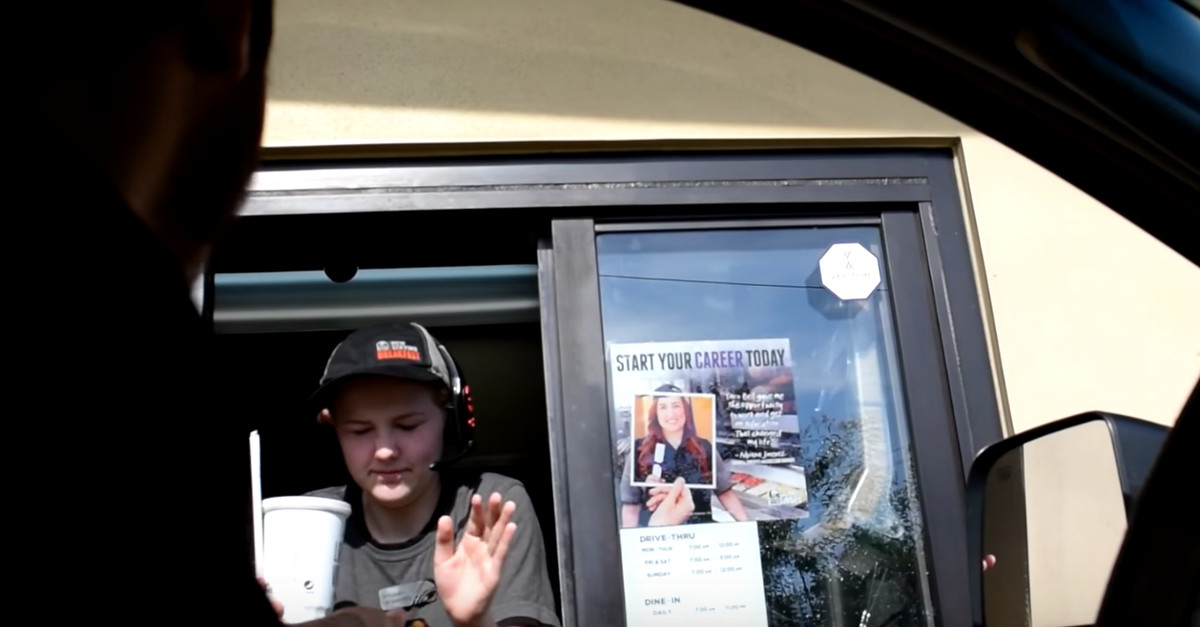