On Monday night’s episode of “Jimmy Kimmel Live,” Robert De Niro stopped by the show to read mean tweets about himself.

For two minutes, he read off 140-character insults that took shots at his nose, his acting career, and the belief that he looks like “a wrinkled potato.”

RELATED: Robert De Niro laughs along as Seth Meyers reads the actor’s mean tweets of what Donald Trump might say

Unlike some of the celebrities who come on the show for the segment, De Niro seemed to have a rather rough time with these shots at him, responding to almost all of the negative tweets with an “F-bomb.”

While one of the Twitter users declared that De Niro is “too old to be making gangsta movies,” he is slated to star in Martin Scorsese’s next film, “The Irishman,” which centers around legendary Teamsters boss Jimmy Hoffa. 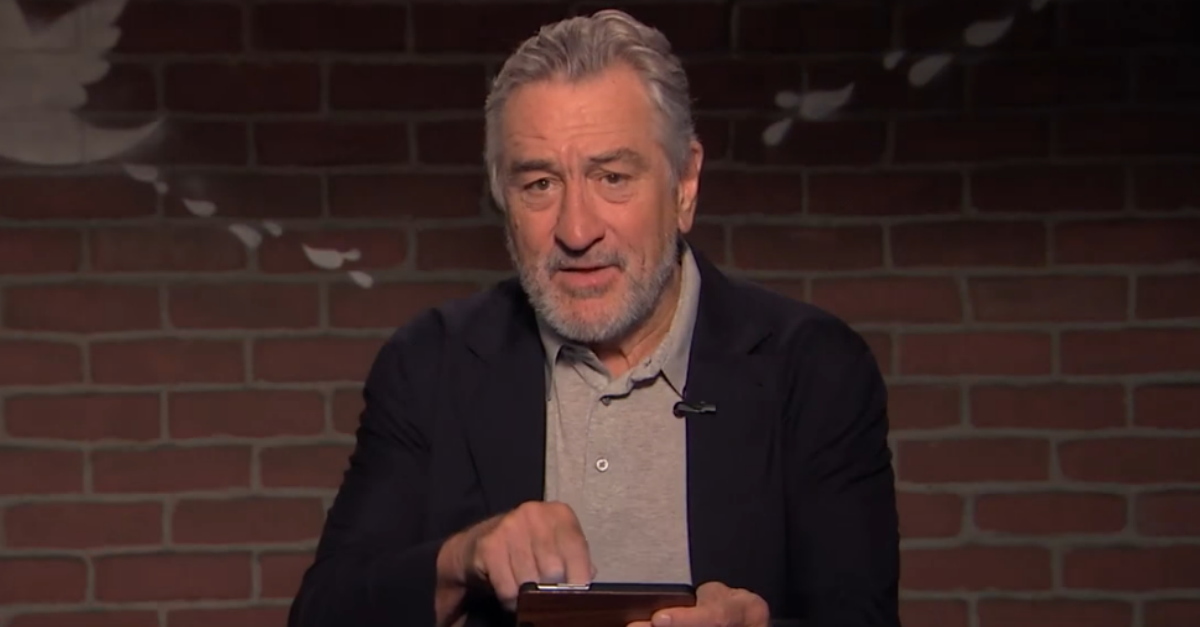