Thirteen-year-old Robert Irwin is the son of the late Steve Irwin, and the Australian wunderkind is following in his father’s footsteps. On Wednesday night, Irwin stopped by “The Tonight Show starring Jimmy Fallon” to talk about an upcoming expedition, in which he announced he will name a crocodile “Jimmy Fallon,” and to show off more creatures.

This isn’t the first time that Robert has been on “The Tonight Show,” having stopped by a few months ago with some creatures. He first brought out a badger, and though the animal was incredibly cute, it was also a bit too feisty for Fallon. But that animal was no match for a giant, 100-year-old, snapping turtle.

RELATED: Steve Irwin’s son brought bear cubs to “The Tonight Show” and we can’tn get over the cuteness

But the real heart-stopper was the baby kangaroo that Fallon helped feed. A moment later, a group of baby warthogs literally came out of the woodwork and started drinking from a bottle on stage. 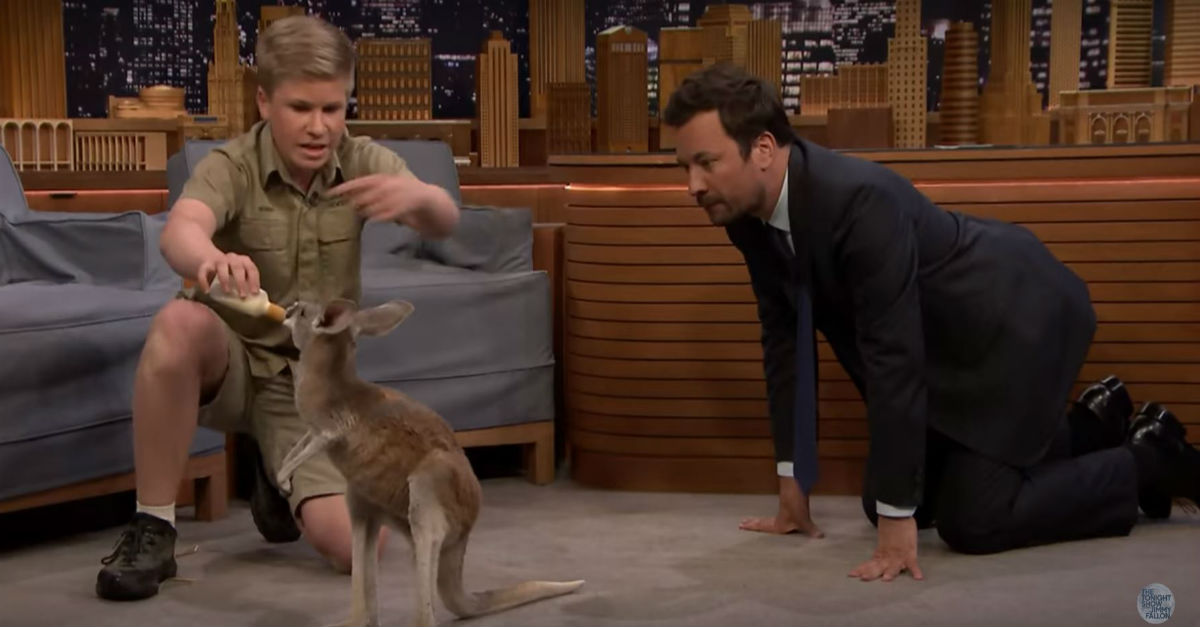