Robin Williams making military jokes on a base is priceless 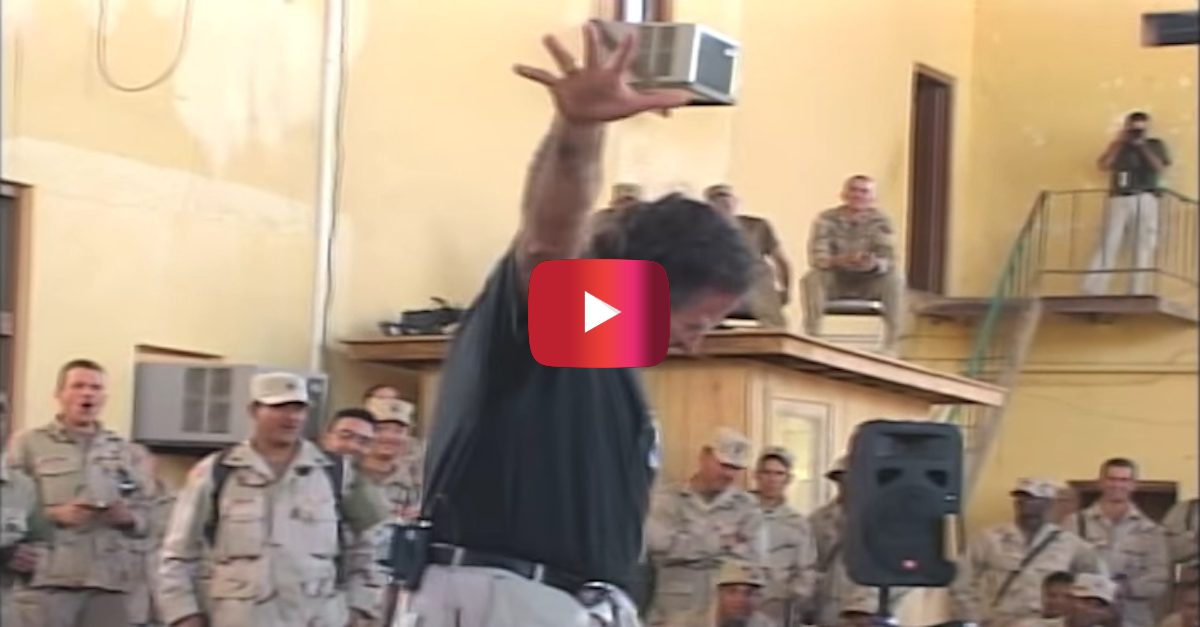 Robin Williams traveled to Bagram Air Base in Afghanistan in 2002, right before the Iraq War got into full swing. People were in good spirits, and Williams made sure to keep it that way with some humor about the living conditions and his travel, which apparently took its full wrath out on his colon.

Williams had some mic trouble, but that never stopped him from performing, as he took the mic clip and held it himself for most of the show, using his “golf announcer” mode to really get into it with his audience. He made fun of all the dust and sand in the area and how they make life pretty difficult.

He also updated the troops on Major League Baseball and its steroid problem, even sharing how to identify a man on steroids (hint: you have to look for two specific things). He also gives the story of how golf was started by two angry Irishmen. It’s another great Williams performance, and this time it was for the troops.