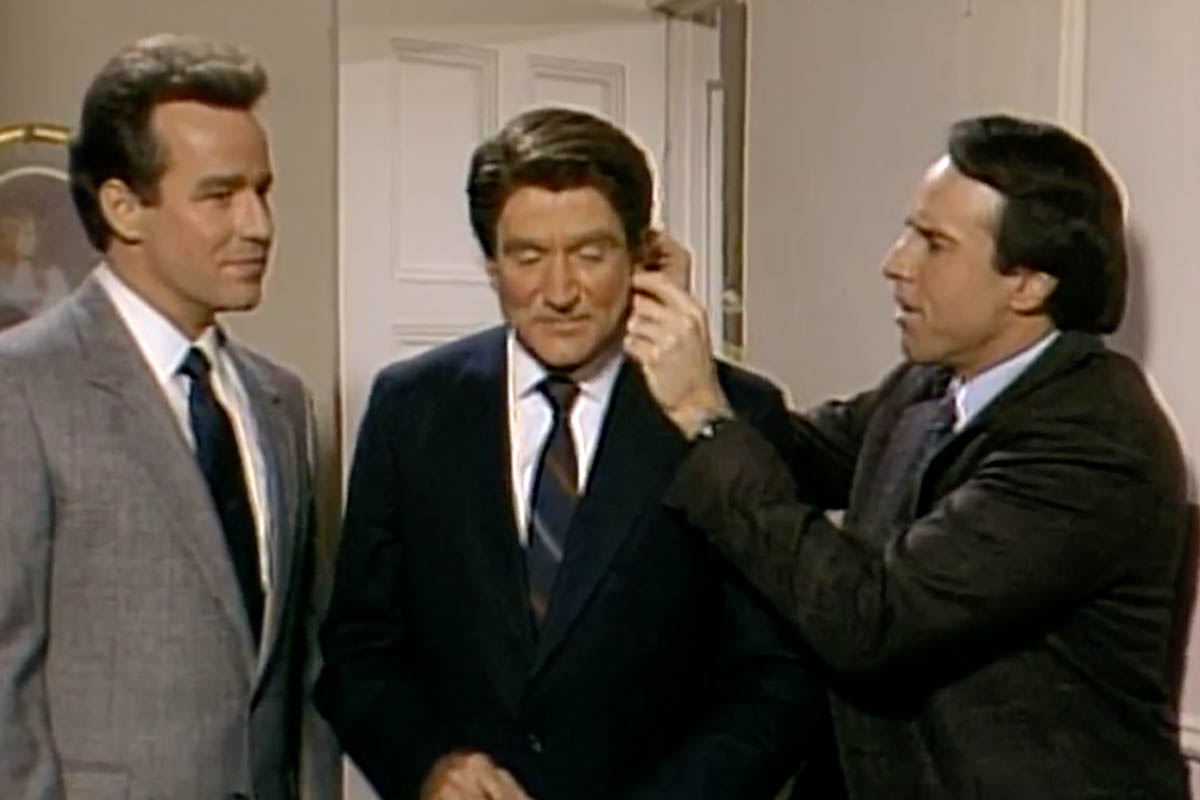 In 1986 comedian Robin Williams was still a decade away from winning an Oscar but nonetheless was nearing A-list status in Hollywood. So, naturally, the actor and stand-up comic stopped by Saturday Night Live for what would be his second hosting gig.

One of the standouts of Williams’ second time hosting SNL was the cold opening Ronald Reagan Press Conference skit in which the Good Morning Vietnam actor portrayed The Great Communicator being… not so great at communicating.

(Unfortunately, the video cannot be embedded but you can go watch the skit on NBC’s website here.)

Deploying a brilliant Reagan impression, Williams’ version of The Gipper holds a press conference where he is fed answers via an earpiece from two aides in a back room as reporters pepper the president with questions.

Cast members Kevin Nealon and Phil Hartman are tasked with the daunting duty of feeding the president the lines for his answers, while Dana Carvey and other SNL actors ask Reagan about arms deals and the like. Things quickly get out of hand once the earpiece begins picking up police signals.

Williams perfectly embodies Reagan’s tone and demeanor as he gets confused at the police signal and begins reading out police radio activity — like Lakers play-by-play — to the press corps.

This was actually the second time in the episode the Mork and Mindy star deployed his Regan impersonation. When he took New York’s most famous stage outside fo Broadway for his opening monologue, the beloved actor and comic lambasted all manner of American life at the time, from Reagan to televangelists.

As far as impressions of presidents go, this one has become a new fave.

This story was originally published April 19, 2016.

Watch: When Robin Williams Dropped this Joke about Michael Jackson, the Whole Crowd Lost It