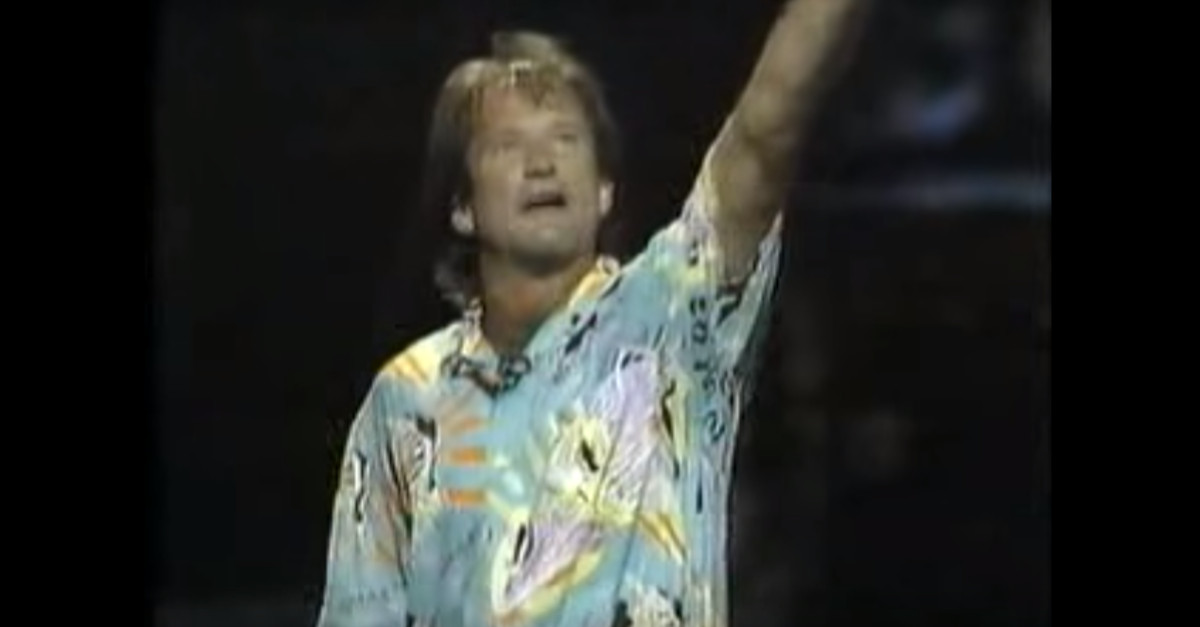 A lot of things were popular in the ’80s: big hair, Bon Jovi and, of course, cocaine.

In 1986, beloved comedian Robin Williams took the stage at the Metropolitan Opera House in New York City to deliver what would ultimately become one of his most legendary stand-up performances. “A Night at the Met,” Williams’ third official album release which featured segments recorded that evening, even won him a Grammy for Best Comedy Performance Single or Album, Spoken or Musical.

RELATED: Robin Williams doing stand-up with a mustache is definitely the laugh of the day

During this segment of the hour-long show, Williams discuses the pros and cons of cocaine use and how comically frequent use of the drug had become at a certain point in time.

His rapid-fire humor was masterfully on display during this performance. If you’d like to watch the full-length video of this iconic performance, you can find it on YouTube here.