Menu
Follow us
Search
Menu
Search
LOS ANGELES, CA - JANUARY 17: Actor Zach Braff works on the set of 'Scrubs' at the old North Hollywood Medical Centerl on January 17, 2006 in North Hollywood, California. The show is about to air its 100th episode on NBC, January 24. (Photo by Matthew Simmons/Getty Images)

“Scrubs” hasn’t been on the air since 2010, but thanks to a robot with a mind of its own, we’ve got a new script and star Zach Braff says he’s into it.

The script was created by Botnik, a bot (essentially a fancy word for an algorithm) that automates content that’s fed into it or that it finds online. They’re actually becoming rather common, though sometimes they can go off the rails like the time Microsoft created a bot that started praising Hitler and saying disgustingly naughty things on Twitter.

RELATED: Kramer didn’t cave to the bloopers, but the rest of the Seinfeld cast was in stitches

The “Scrubs” script that the bot churned out was short but unexpectedly funny, and Zach Braff, a star of the show, even tweeted that he would love to do a reading of it.

I would very much like to do a reading of this. https://t.co/9Y8g4atV0S

“Scrubs” reruns used to be on Netflix, but unfortunately, that’s no longer the case.

The bot was created by a former Clickhole writer, according to Motherboard, but it’s not always as witty as it was in the “Scrubs” script — somebody fed it “Seinfeld” scripts and the result didn’t make a bit of sense. 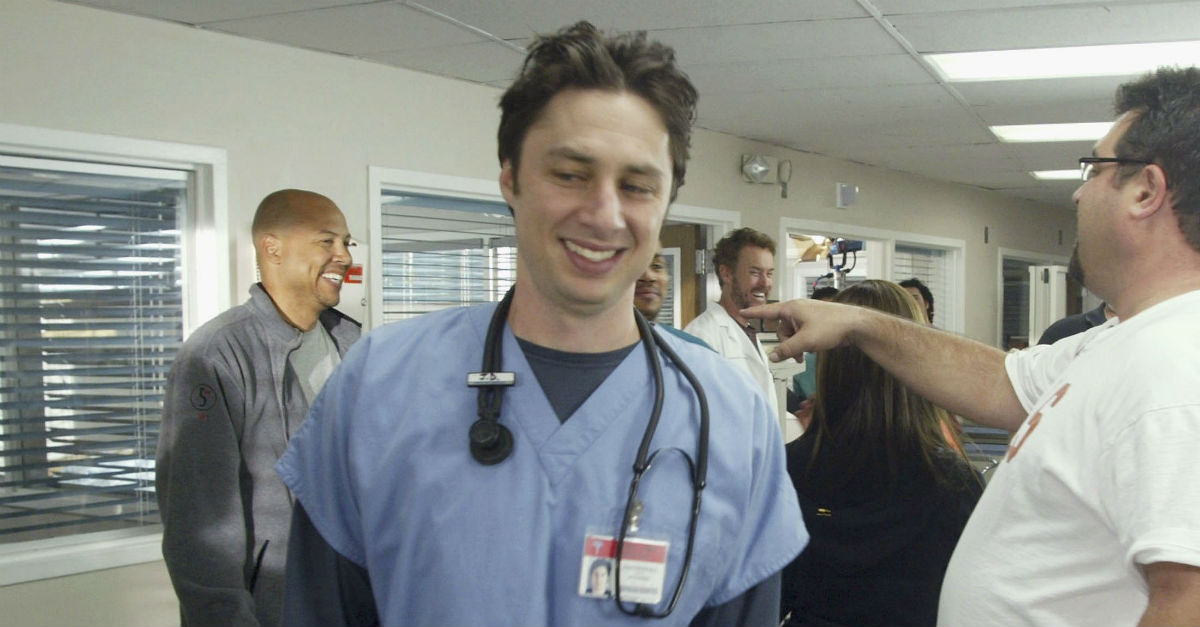