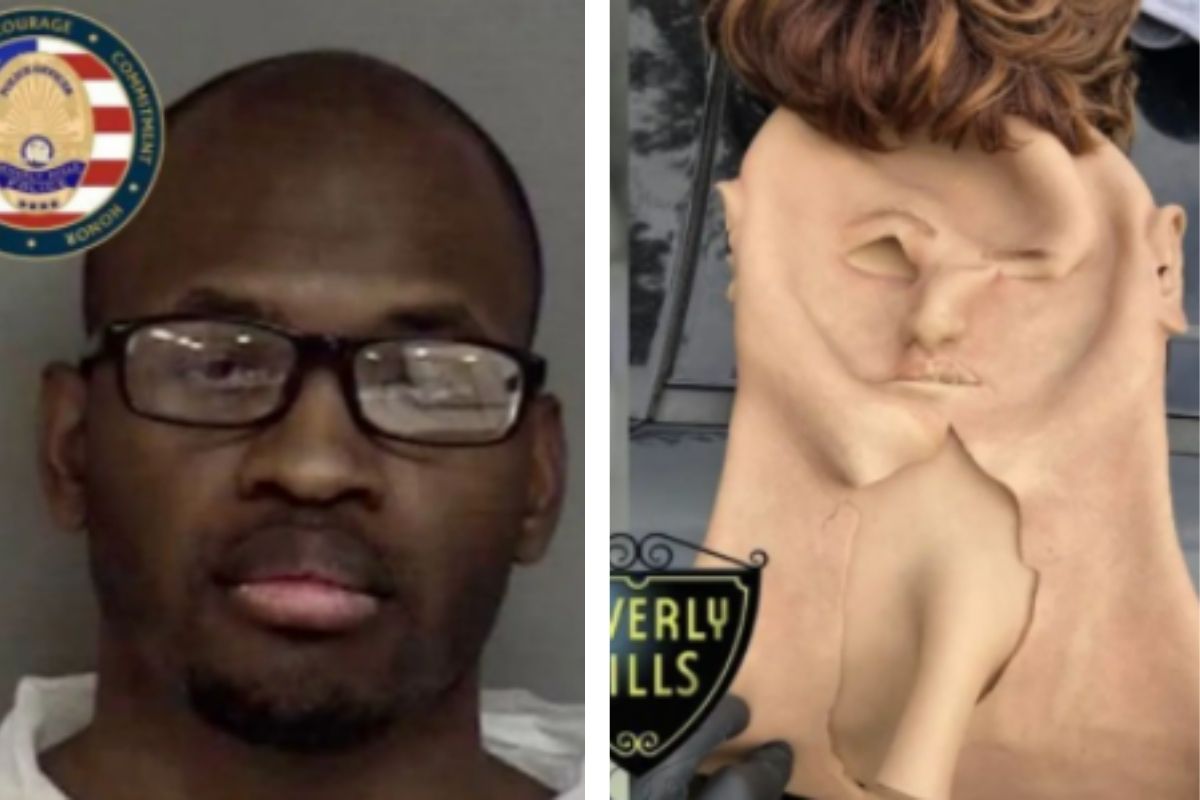 What was the trick to Rockim Prowell’s strategies in successfully robbing 30 homes in an affluent suburb area in Los Angeles, California? According to Fox News, he simply disguised himself by wearing a mask. Prowell, a Black man, used a realistic-looking face mask and fake hair to disguise himself as a White man while committing numerous residential burglaries around Southern California.

The Beverly Hills Police Department couldn’t even pick up that Prowell was wearing a mask until they saw in surveillance videos that the burglar’s mouth oddly remained open throughout the robberies. The 30-year-old burglar from Inglewood had stolen flat-screen televisions and other stolen items that police officers had found in his home, that connected him to other robberies in the Los Angeles area. BHPD is working with the Los Angeles Police Department to see if Prowell is connected to another string of burglaries in Newport Beach, an affluent coastal city in Orange County.

LAPD Pacific Division told local news that the burglary suspect is also connected to seven burglaries in their area, and while Prowell has been released from police custody, he is currently being charged with two counts of each burglary, grand theft, and one count of vandalism. Police had finally arrested him during a traffic stop, finding the face mask and other stolen items that connected him to the robberies in his car. According to authorities, the car’s license plates had also been stolen.

See, that’s the thing about bad guys. They always seem to take it one step too far, leading to their eventual end. I’m not too sure what the endgame was here, but keep in mind that police couldn’t even tell that Prowell was wearing a mask because of how lifelike it was. I obviously don’t support crime, but couldn’t he have worn one more face mask over the realistic one that changed his entire look?

If the police couldn’t even see his mouth, then they really would’ve had an even harder time catching him.