Ron Perlman from “Sons of Anarchy” went on T.V. and did a brilliant impersonation of President Trump 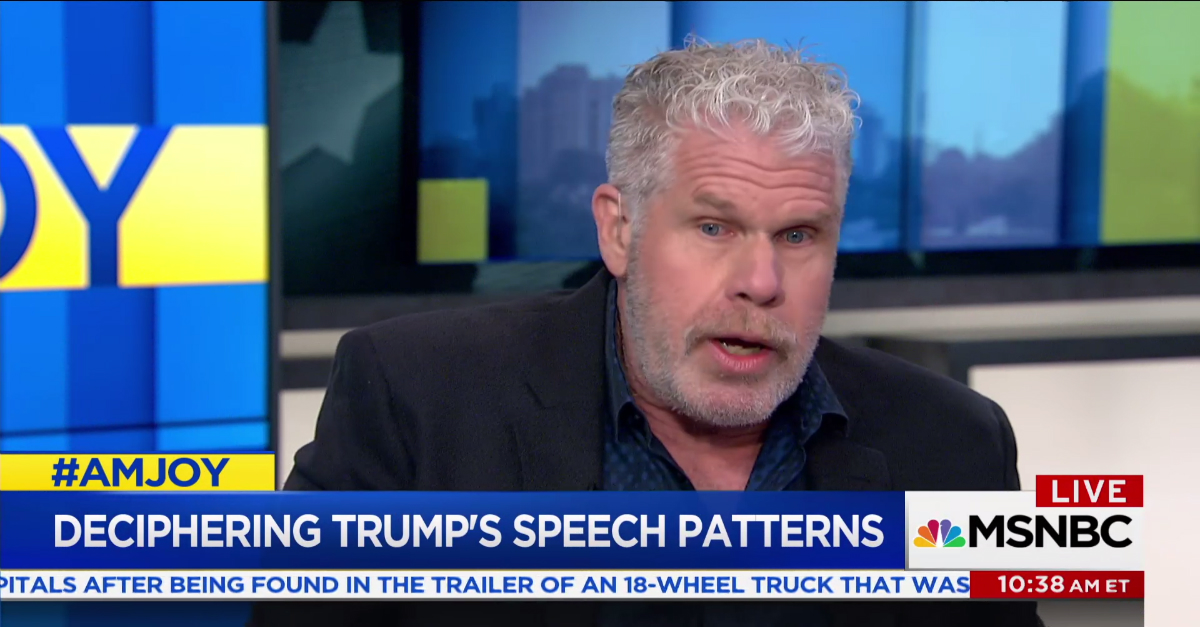 In a recent interview with MSNBC?s Joy Reid, “Sons of Anarchy” and “Hellboy” actor Ron Perlman treated the viewers to his brilliant impression of President Donald Trump.

The actor doesn’t quite capture Trump’s accent, but the timing and the content of his monologue is absolutely perfect. It includes baseless claims, misogynistic comments and, of course, the spouting of complete nonsense — just like the real thing!

Was a dream to sit alongside my hero of heroes of journalism? Thanks for the hospitality, dear Joy!! https://t.co/9BtgJEQYT3

The impression had show host Joy Reid in hysterics and is sure to go viral, just like several other impressions of ‘The Donald’, including Alec Baldwin’s “SNL” performances.

RELATED: Alec Baldwin channels his inner George Washington ? with only a dash of Donald Trump

Perlman’s performance was probably inspired by the rambling interview that Trump gave with the New York Times last week.

Extracts published by the newspaper included the following:

I have had the best reviews on foreign land. So I go to Poland and make a speech. Enemies of mine in the media, enemies of mine are saying it was the greatest speech ever made on foreign soil by a president. I’m saying, man, they cover [garbled]. You saw the reviews I got on that speech. Poland was beautiful and wonderful, and the reception was incredible.