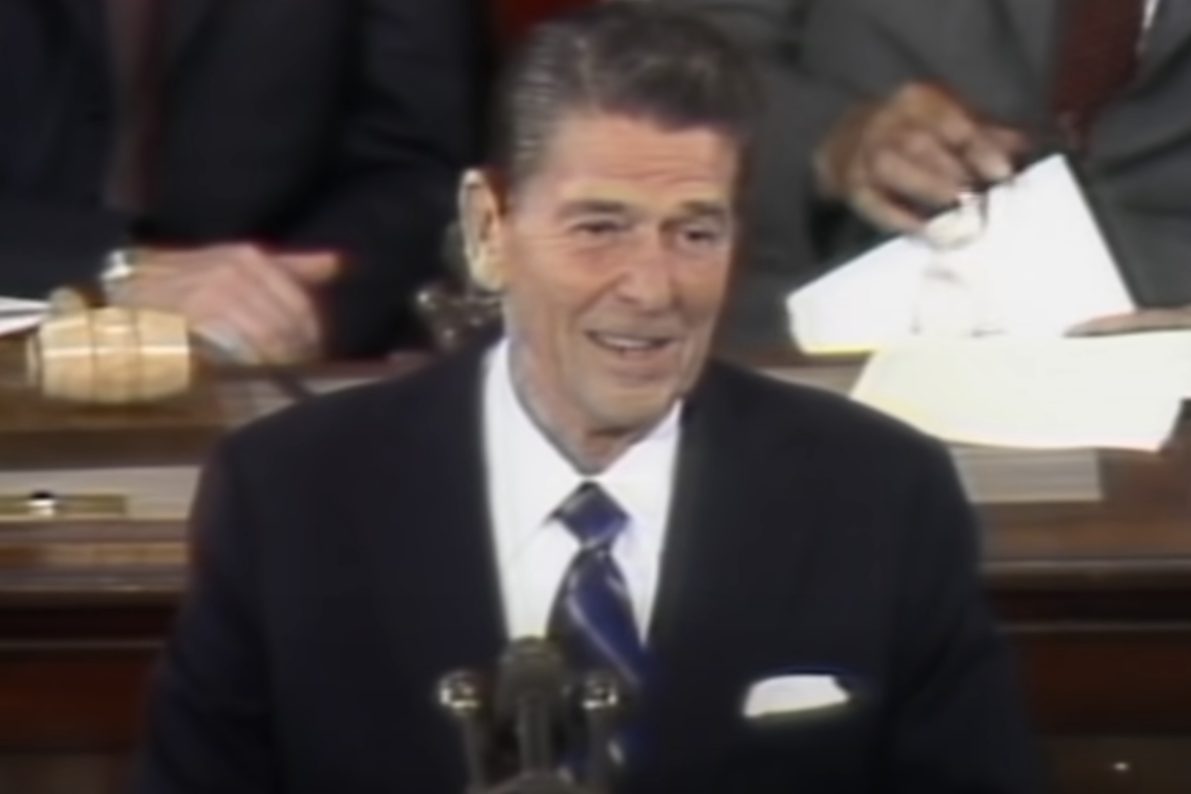 Barack Obama and George W. Bush both showed their funny side — cracking jokes that are sometimes great, sometimes awkward, and sometimes unintentional. But before both of those guys were in the White House, Republican president Ronald Reagan (much to the chagrin of his contemporary Democrats) was the king of one-liners.

As an actor, Reagan knew how to deliver a line and get the reaction that he wanted. (It’s honestly not a bad profession to have before you have to constantly run cabinet meetings and make speeches to the American public). He was criticized as being the oldest candidate running for president but when asked about it, he resorted (successfully) to using his sense of humor for political purposes; making statements like “just to show you how youthful I am, I intend to campaign in all thirteen states.”

Whether you liked his policies or not, the 40th President of the United States was always good for a laugh. Much like Abraham Lincoln before him, “The Great Communicator” was a master of the English language and knew that his fellow Americans appreciated wit. Reagan was also adept at delivering memorable short phrases you could slap on a bumper sticker, like when he told the leader of the Soviet Union, “Mr. Gorbachev, tear down this wall!”

President Reagan also had some pretty good anti-communist burns and some funny quotes at the expense of the federal government over the years as well. He even had a sense of humor about the assassination attempt against him. He probably he some good comebacks in private to his wife Nancy, a talent she undoubtedly was not a big fan of.

Here are some of the funniest Ronald Reagan quotes from his time in office, no doubt thought up while he was snacking on jellybeans.

“I want you to know that I will not make age an issue of this campaign. I am not going to exploit, for political purposes, my opponent’s youth and inexperience.” – Reagan’s opening statement during the 1984 Presidential Debate, in regard to people wondering if he was too old to be president.

“It’s true hard work never killed anybody, but I figure, why take the chance?”

“I hope you’re all Republicans.” – Reagan to everyone in the operating room after he was shot.

“They say the world has become too complex for simple answers. They are wrong.”

“Some people spend an entire lifetime wondering if they made a difference in the world. But, the Marines don’t have that problem.”

“It has been said that politics is the second oldest profession. I have learned that it bears a striking resemblance to the first.”

“I have wondered at times what the Ten Commandments would have looked like if Moses had run them through the US Congress.”

“Thomas Jefferson once said, ‘We should never judge a president by his age, only by his works.’ And ever since he told me that, I stopped worrying.”

This article was updated from its original version, published January 19, 2017.