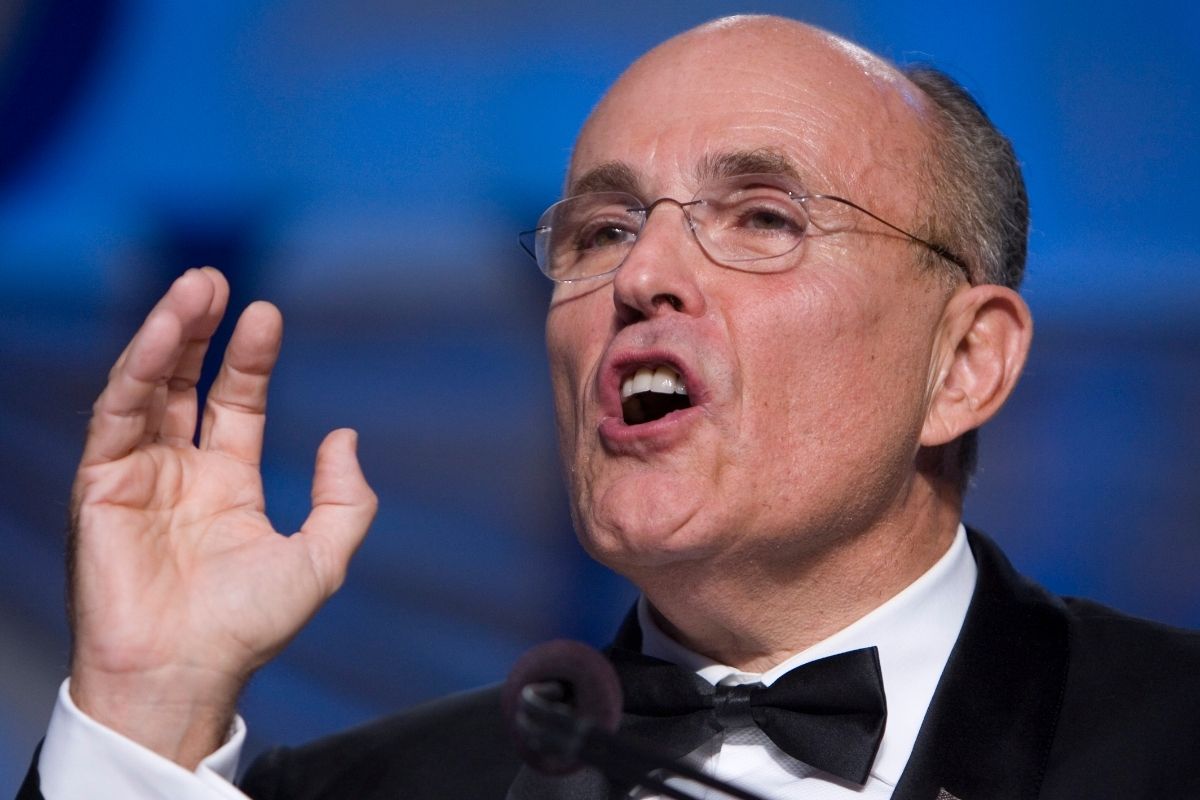 The blame game continues as Rudy Giuliani, who has been quite the talk to the town in recent months, decided to open his mouth on what he actually meant when he told Trump supporters to march down to Washington, D.C. to storm the U.S. Capitol, inciting a violent riot that resulted in five people losing their lives. Basically, he blamed the HBO hit series Game of Thrones for his speech on the Capitol riots.

Apparently, when the respected former New York City mayor said, “let’s have trial by combat!” he told The Hill’s White House reporter Brett Samuels that he was inspired by the HBO fantasy show. He said,

“I was referencing the kind of trial that took place for Tyrion in that very famous documentary about fictitious medieval England. When Tyrion, who is a very small man, is accused of murder. He didn’t commit murder, he can’t defend himself, and he hires a champion to defend him.”

I asked Rudy Giuliani about his call for "trial by combat" during last week's rally that preceded the Capitol riots. He first explained the concept by referencing Game of Thrones, then rejected the idea that he was referencing physical violence or that it incited the crowd. pic.twitter.com/J6HV5rVBBf

If you’re a Game of Thrones fan (like the rest of the world!), you’ll understand the reference. But for the ones who need a refresher or who haven’t seen the show, Tyrion Lannister (played by Peter Dinklage) invoked “trial by combat” twice. The first time was in season one during the trial at the Eyrie, and the second time was during the trial at the Red Keep in season four. If Giuliani was trying to make his statement more reasonable, how could he do so when both those trials in the series resulted in a violent sword fight?

And since the poor guy seems to always make matters worse for himself, he called Game of Thrones a “documentary.” What?! Well, he didn’t stop there in adding that he the trial he was referring to was one “between machines,” as in the voting machines that the Trump administration claimed were rigged in helping him lose the election. He said,

“It incited no violent response from the crowd. None. The crowd didn’t jump up saying, ‘Lock him up, throw him to jail, go to hell.’ I’ve had speeches where people jump up and say, ‘lock him up.’ It was not an emotional ? it was not an emotion-inspiring part of the speech.”

Because of his comments, Giuliani is actually facing possible expulsion from the New York State Bar. According to the New York Times, a group of former assistant U.S. attorneys says that his comments contributed to the lives lost during the riot and have “inflicted damage on the country.”

Giuliani served as Republican President Donald Trump’s personal attorney and has objected to now Democrat President-Elect Joe Biden’s win as the new president of the United States. The past few months have been rocky for Giuliani as his name has been in media for months like when he was suspicious featured in the Borat sequel, contracted COVID-19, and now seemingly helped incite the rioters. With President Trump’s second impeachment on deck, things have most definitely not gotten any easier for the politician.