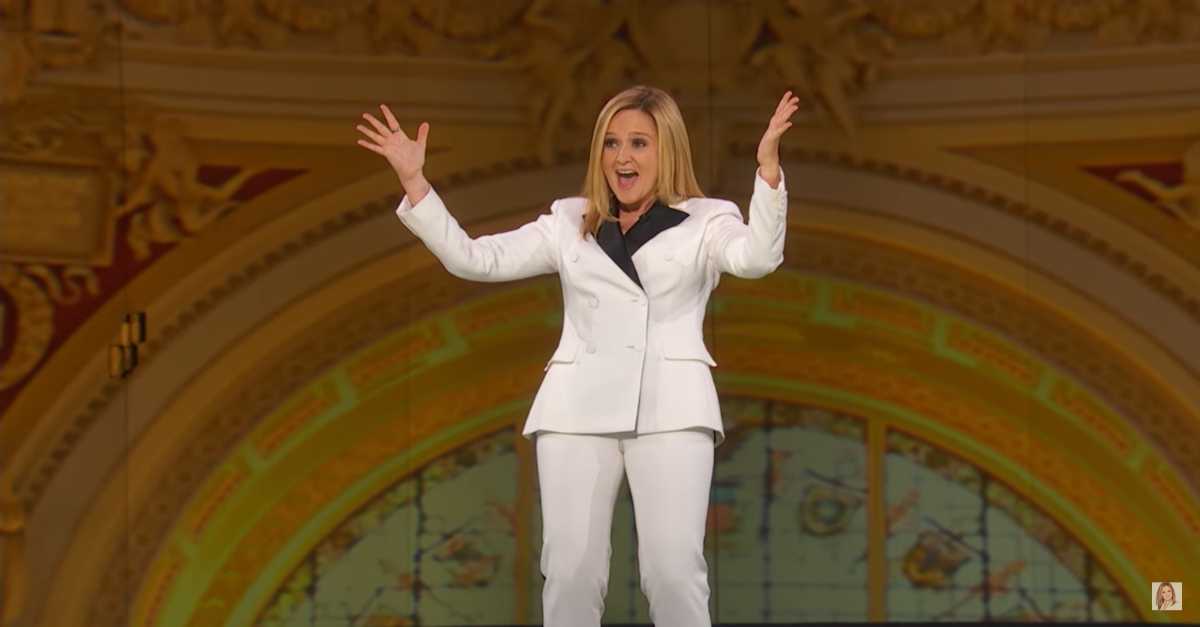 The show’s opening segment was a pre-taped spoof featuring Allison Janney — who played the White House press secretary on “The West Wing” — attempting to answer bizarre and irreverent questions from the press corps. “You are the dregs of a free society,” she told the pretend reporters in the sketch.

Then we were treated to a musical performances from flamboyant artist Peaches, who performed the “Full Frontal” theme song. Bee then came to the stage and got to work lampooning Trump. “We came here to Washington, D.C., to celebrate the press,” she told the audience, which consisted of a few thousand celebrities, journalists and normal people. She promised, “At a later date, I will get Mexico to pay for your drinks.”

Bee’s staff staff wore shirts that said “Free Press,” and she donated $200,000 in proceeds from the evening to the Committee to Protect Journalists. And as well as giving shoutouts to various journalists who had broken important stories in recent years, Bee also poked fun at CNN: “CNN gives you news like your shitty boyfriend gives you orgasms,” she said, much to the delight of her audience.

The show was pre-taped during the day on Saturday and aired in the evening. You can watch the whole thing in segments on this playlist.