Samuel Jackson is one of those actors who is constantly under attack for his acting and the way that he delivers lines. On Friday night, the actor appeared on “The Tonight Show Starring Jimmy Fallon” to talk about his role in the many films where he’s appeared and for his mother-f*****g Twitter.

Jackson is filming “Kong: Skull Island,” but to promote the movie, he revealed that Fallon is actually behind his Twitter account. The actor said that his first tweet was from Fallon’s studio and that he’s blaming the host for his account. When discussing the film, Jackson joked that there’s no underlying message but simply that “it’s a monster movie.”

RELATED: What a view! Watch Samuel L. Jackson shamelessly check out some fine ladies at the BET awards 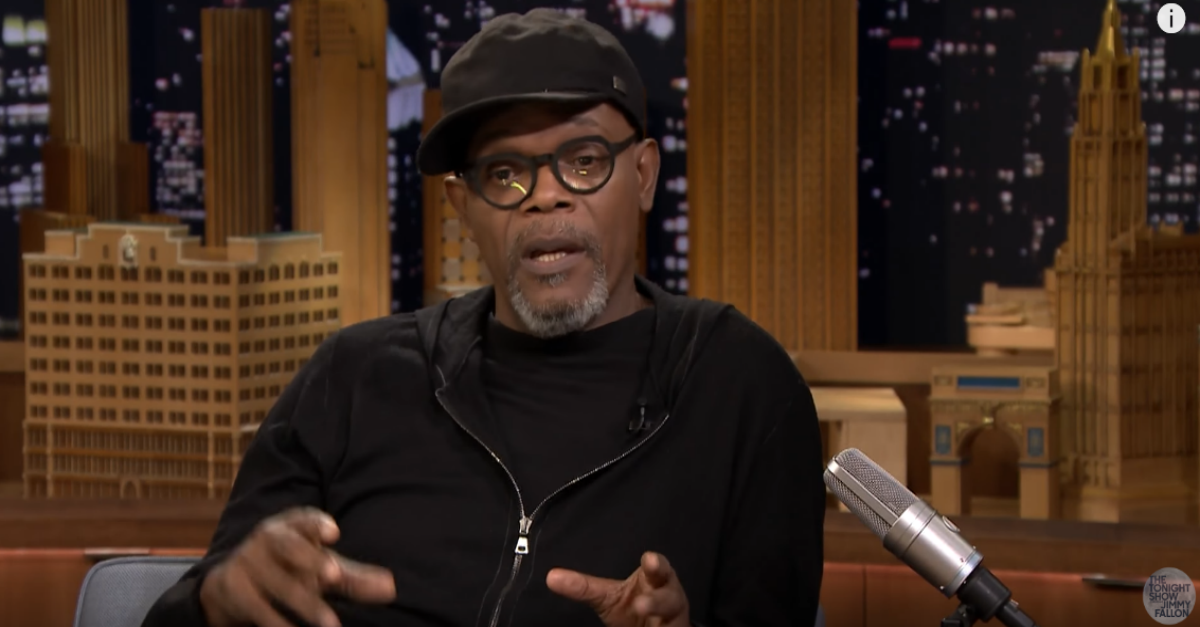