Samuel L. Jackson has had a long career in the film industry. On Wednesday night, he decided to take James Corden on a ride through his career.

They began with the cult classic “Pulp Fiction,” where the actor delivered that iconic Bible verse (Ezekiel 25:17) in a scene that has gone down in film lore. Unfortunately, John Travolta looked a lot better in that scene than James Corden in a corny wig.

They rocketed through a number of Jackson’s films, including “A Time to Kill” and “Jurassic Park,” before reaching “Star Wars,” where Corden played Yoda.

They then hit “Django Unchained” and “Hateful Eight” before finishing up with “Soul Train.”

Through it all, Jackson proved that he’s still got it and that he really does yell all his lines. 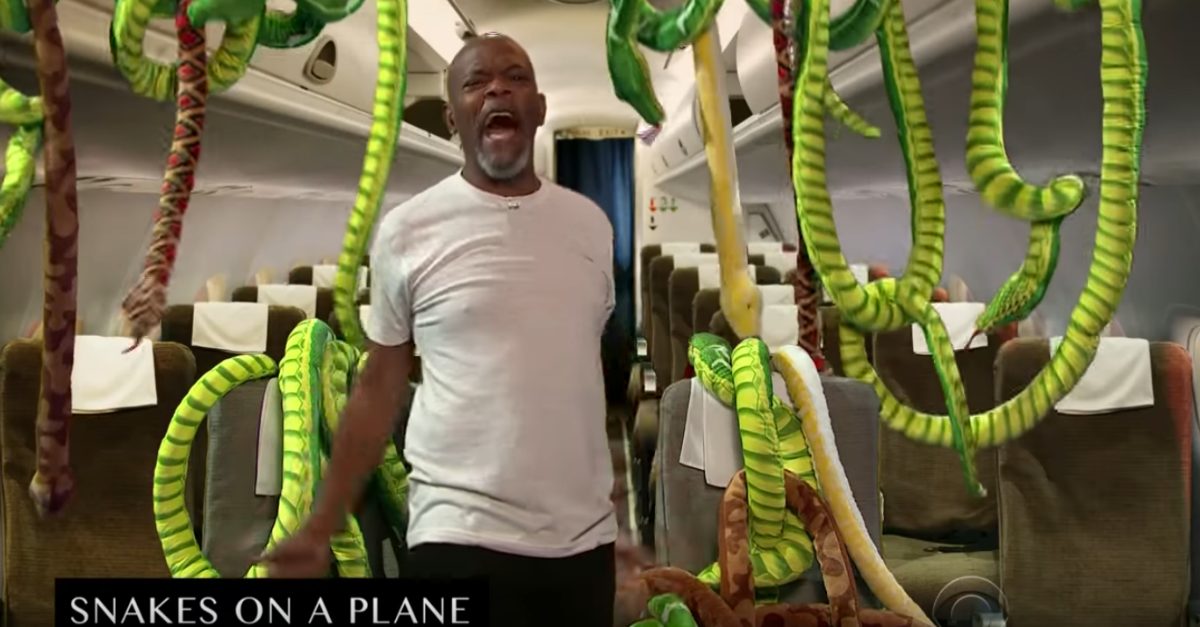