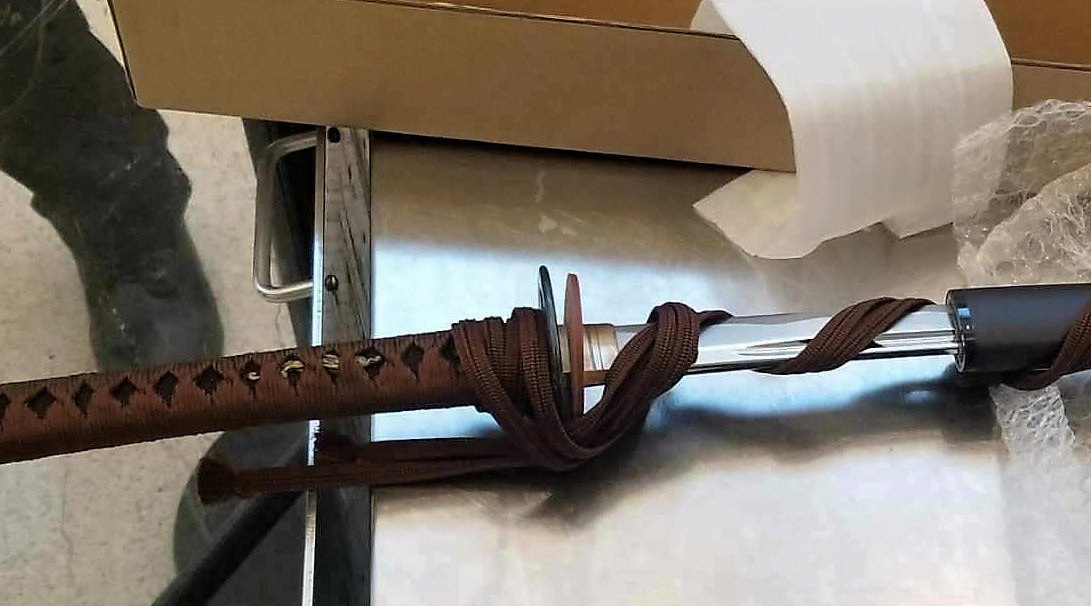 “Oh, what’s this, Mr. TSA officer? Just my deadly samurai sword. Yeah, I was going to just put it in the overhead. I hate checking bags. You know. Having to wait at that carousel looking for my luggage. So annoying! So yeah I’m just gonna mosey onto this plane with this sword like I went into a coma in August 2001.”

That is, in my mind at least, a version of the conversation that happened between a man trying to get on a plane at the Newark airport and the incredulous TSA agent who had to inform him, “No, sir, you cannot take this sword onto this plane. No amount of promising you won’t use it to chop off a flight attendant’s head and hijack the plane is going to sway me.”

Guy shows up at @EWRairport with this sword. Says he thought he could carry it on past the @TSA checkpoint because of its value. Doesn't matter to TSA how much the weapon is worth. No weapons should be brought in the cabin of a plane. pic.twitter.com/OwAtX5WPqA

Check out that sword. That’s a big airplane no-no. The man was trying to board a plane from Newark to São Paulo, Brazil with his giant, deadly sword when the TSA informed him that cutlery items of any size weren’t allowed on planes, but especially those that were made with human murder in mind.

The man attempted to explain that it is actually a really expensive sword, so he figured he would be fine to bring it on the plane. (Because why would he risk dulling and staining his expensive sword on the throat of a pilot?) The TSA, of course, wasn’t having it. The man was, however, allowed to check his sword and presumably, when he arrived in Brazil he grabbed his weapon and went on his merry, sword-having way.

Watch: THIS POINT-BLANK HOG HUNT WITH A SPEAR IS UNREAL