While the late-night hosts are doing their best to make fun of President Trump, it seems like every day, a YouTube channel or Twitter handle has a new way to lampoon the commander-in-chief. We all remember that hilarious picture of him in a bathrobe, and recently, videos of “Sassy Trump” have gone viral.

RELATED: “Tiny Trump, the Pocket POTUS” does everything the president does, but at one-third the size

“Sassy Trump” has the same dialogue as the actual president; he just says it with a bit more fanfare. As if that wasn’t enough, Fox News host Sean Hannity gets a wild voice as well.

RELATED: We can’t get enough of this video that puts an accordion in Trump’s tiny hands

While you can definitely see the bromance when the two encounter each other in real life, “Sassy Trump” and “Sassy Hannity” seem to have an even closer bond. 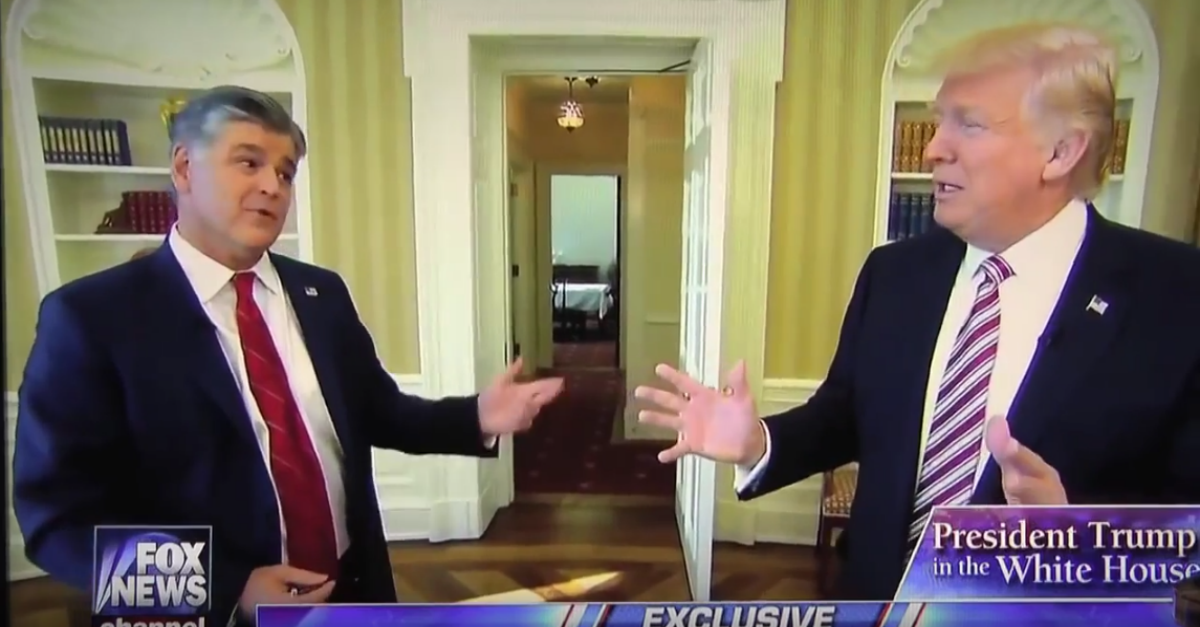