SNL’s Tribute to President George H.W. Bush After His Death was Fantastic 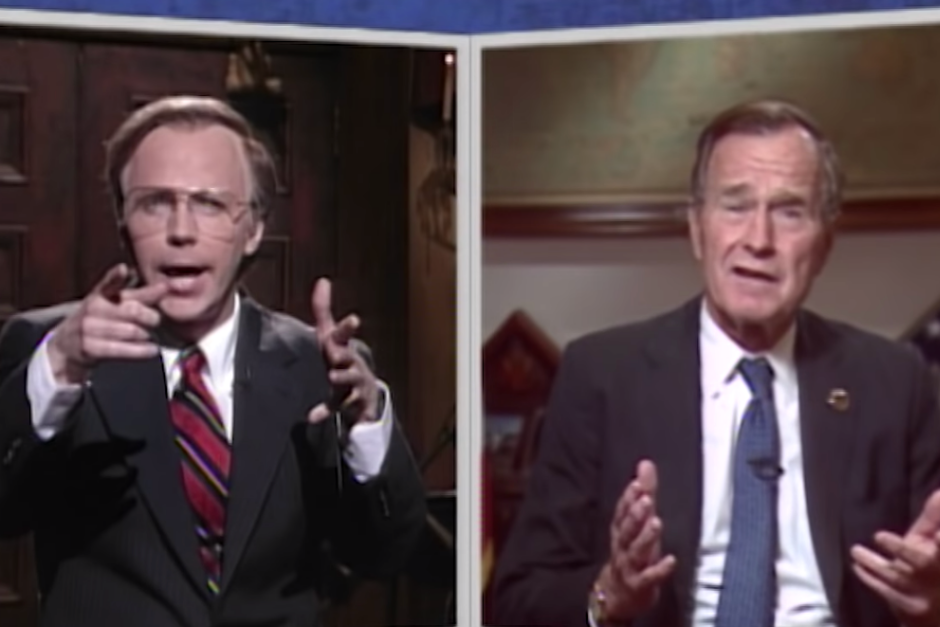 A favorite pastime of Americans since basically 1976, from critics to the average viewer, is to complain, almost always unfairly, about Saturday Night Live. The cast, the quality of the sketches, the hosts, the musical acts, the Weekend Update anchors, the network NBC in general, the politics — everything gets complained about, usually simultaneously. If the late-night comedy show actually sucked you’d think people would stop watching it and, you know, talking about it.

The point is, it’s becoming ever rarer that SNL puts out sketches or has moments that most people agree on — this despite Saturday Night Live low key being one of the more politically balanced comedy shows on television. (Yeah, they still lean left. So do 99% of your favorite artists. It comes with the territory. At least they make a real, quality effort.)

This week, though, SNL had another great political moment. Their tribute to then-recently deceased former president George H.W. Bush, who was famously impersonated on the show during his presidency by former cast member and comedian Dana Carvey. Bush Sr. was maybe the most gracious president ever about his SNL impersonation. (And Carvey’s Bush impression, which always drew a lot of laughs, was definitely not always flattering.) The 41st President saw comedy and the mockery of those in power as vital to a healthy democracy.

So at the end of that week’s Weekend Update, co-hosts Colin Jost and Michael Che took a moment to pay tribute to the late president with a tribute to George H.W. Bush and condolences to the Bush family.

Bush Liked Carvey’s Impression So Much the Pair Became Friends

As you can imagine, it’s doubtful Donald Trump would ever feel this way about anyone mocking or impersonating him, certainly not Alec Baldwin of all people (though that’s maybe a bit understandable).

But Bush, unlike President Trump, was a gracious man. He appreciated Carvey’s work so much that he invited the comedian to the White House and the two became friends who spoke and corresponded a lot over the years after 41 left office. Bush’s wife, First Lady Barbara Bush, also loved the impression and befriend both Carvey and the comedian’s wife. Carvey relayed the story about his relationship with Bush Sr. in the above clip from Conan.

This was a trait Bush Sr. passed on to his son George W. Bush as well, by the way. The 43rd President has said on many occasions that he had an appreciation for Will Ferrell’s skewerings of him during SNL cold opens and on HBO because, well, that’s part of the job whether you like it or not.

It takes an adult to realize that.

This article was originally published December 3, 2018.