In December, when Donald Trump was still the president-elect, “Saturday Night Live” was firing at him with both barrels and perhaps one of their most critical sketches of Trump is the “Through Donald’s Eyes” bit. In the clip, Trump is awoken and carefully handled by his counselor Kellyanne Conway.

Hilariously (and possibly correctly according to Politico), Trump’s handlers do their very best to keep only positive media coverage in front of him. At one point, Mike Pence shows up and talks about actually running the country and that puts the president right to sleep. The clip ends ridiculously with Trump looking in the mirror and realizing that he’s actually John Cena–but with wonderful hair.

RELATED: “SNL’s” President Trump takes the travel band to the court he trusts the most: “The People’s Court” 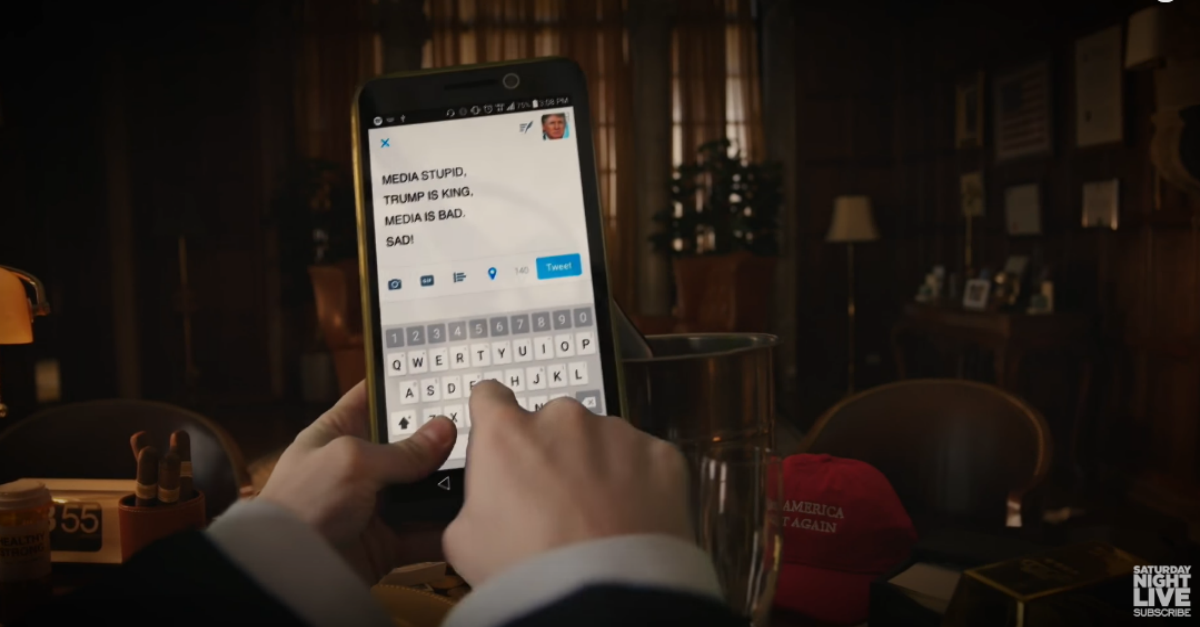