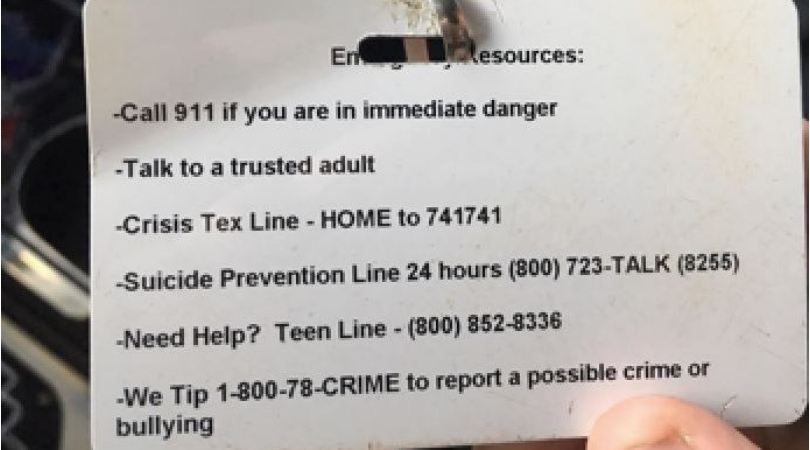 Well, it looks like somebody is getting fired. A middle school in California initially thought it was printing a suicide prevention hotline on student ID badges to make their life easier. Little did they know, they actually used a number for a sex line! Yes, a SEX LINE. Shaking my head! These middle schoolers were probably confused and excited all at once.

New Vista Middle School staff printed a list of helpful numbers on the back of student identification badges, which included a “24-hour Suicide Prevention Line,” a Crisis Text Line, a Tip Line, and a Teen Line. But, they quickly realized the error after a parent saw that the printed number was indeed a phone sex line. How this parent knew it was a sex line, well, you can use your imagination for that. But still, this is hilarious and so dumb at once.

It is still not immediately clear how exactly the mix-up was made, but school administrators collected all ID cards from the students and printed new replacement cards. Lancaster School District superintendent also issued a letter apologizing for the mistake stating, “Late yesterday we were made aware that the middle school student ID cards have the wrong phone number listed for the Suicide Hotline. The phone numbers have two digits transposed and this is a mistake. The number listed on the card is actually a sex line.”

But, let’s be real, these kids already saved that number to their phone. The damage is done, ladies and gets. Y’all screwed up and big time. Can you imagine a 14-year-old calling the sex hotline number and being greeting by explicit messages? Yikes.

This article was originally published on October 30, 2019.