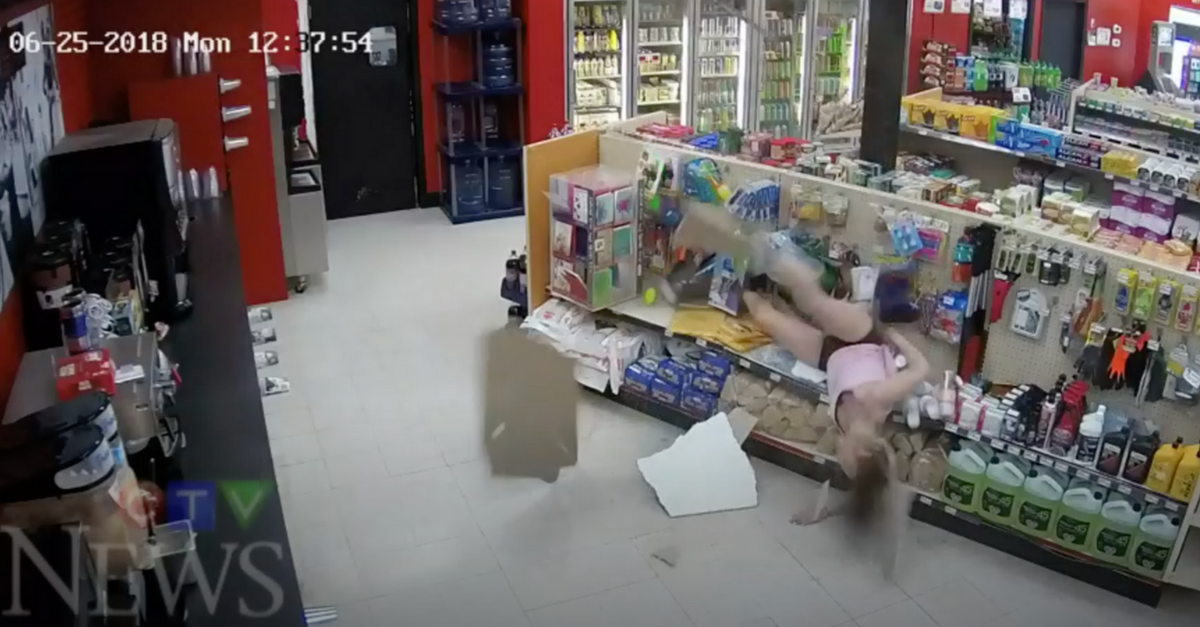 A Canadian couple attempted — violently, creatively, stupidly, and spectacularly — to evade arrest after they were caught attempting to use stolen credit cards at a gas station outside of Edmonton. All of it was caught on the convenience store security cameras.

The couple, clearly a white trash king and queen, respectively, were in enthusiastic disagreement with the Royal Canadian Mounted Police Officer about whether or not they should be detained for the very legitimate crime of credit fraud and, eventually, decided that the issue was likely not going to be resolved with words.

So, naturally, the man used his female accomplice as a human shield and attempted to run.

From there, everything that ensued — this entire ordeal, really — was the literal exact opposite of Ocean’s 11. The coup de grâce of course being when the woman climbed up into the ceiling, attempted to crawl her way to freedom, and, presumably like the rest of her life, crashed back down to earth in the most undignified way possible.

According to Global News, the couple now faces a litany of charges.

Brittany Burke, 29, was charged with obstructing a police officer, fail to comply with undertaking and mischief under $5,000.

The pair remain in police custody and will make their first court appearance in Stony Plain on Wednesday.

But don’t worry too much about these two rascals (because you totally probably were), based on that video and his recovery time after taking a tazer directly to his shirtless torso, there isn’t a whole lot that can keep Mr. Richard Pariseau down for very long. Aside from his life choices, that is.