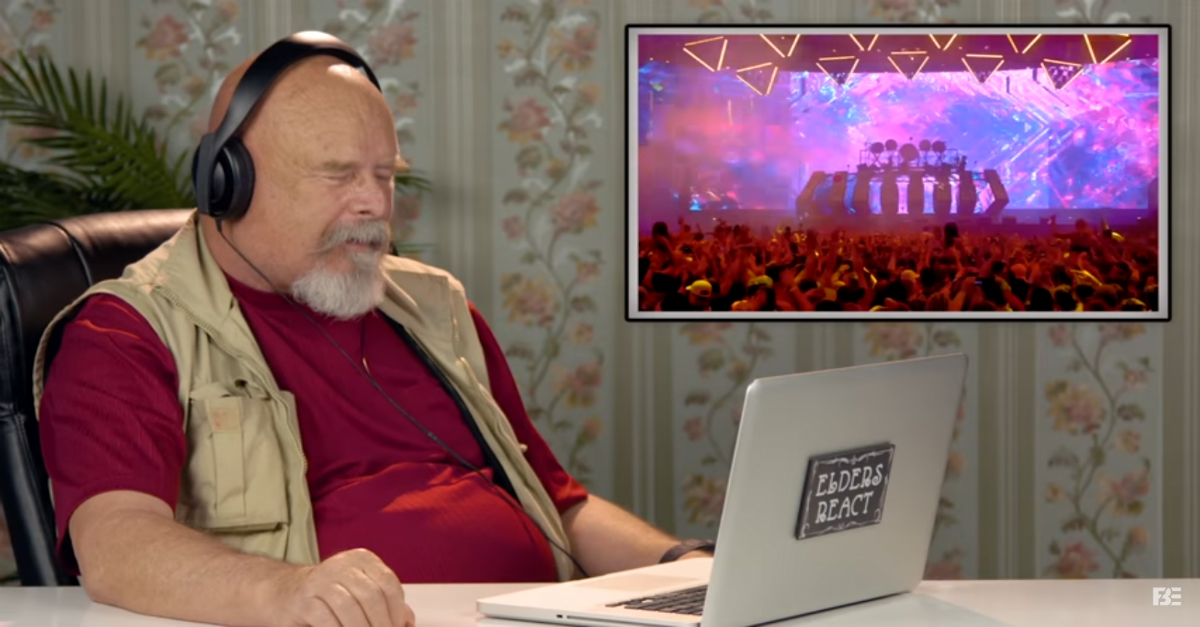 It’s another one of those Fine Brothers Entertainment videos where a bunch of old people attempt to enjoy something that old people aren’t supposed to enjoy. In this installment, we witness a group of senior citizens open their minds to contemporary music, as they watch footage from this year’s Coachella Valley Music and Arts Festival.

RELATED: Kids reacting to AC/DC will restore your faith in the future of hard-hitting rock

Most of the participants react positively to what they see, which isn’t particularly surprising. Most of them don’t seem old enough to be grumpy. They look like they could have been in their 30s when Radiohead’s first album came out, so it seems odd that anyone would expect them to have an excessively negative reaction to any of the performances. Obviously, they all preferred Hans Zimmer to Kendrick Lamar, but for the most part, they’re pretty chill about the whole thing.

The video ends with the elders bestowing words of wisdom and advice to young festival attendees. Remember, some of these cats were at Woodstock, so they know what they’re talking about.