So it goes as Alec Baldwin reprises his brutal, famous sales speech in 1992’s “Glengarry Glen Ross,” this time as an elf sent straight from Kris Kringle to motivate a lagging workshop.

Watch as he tells the elves in Santa’s Workshop that he’s come from Kris Kringle on a mission of mercy — and watch Seth Meyers struggle to keep composure as Baldwin slips right back into character, even more than 20 years later. It’s uncanny! 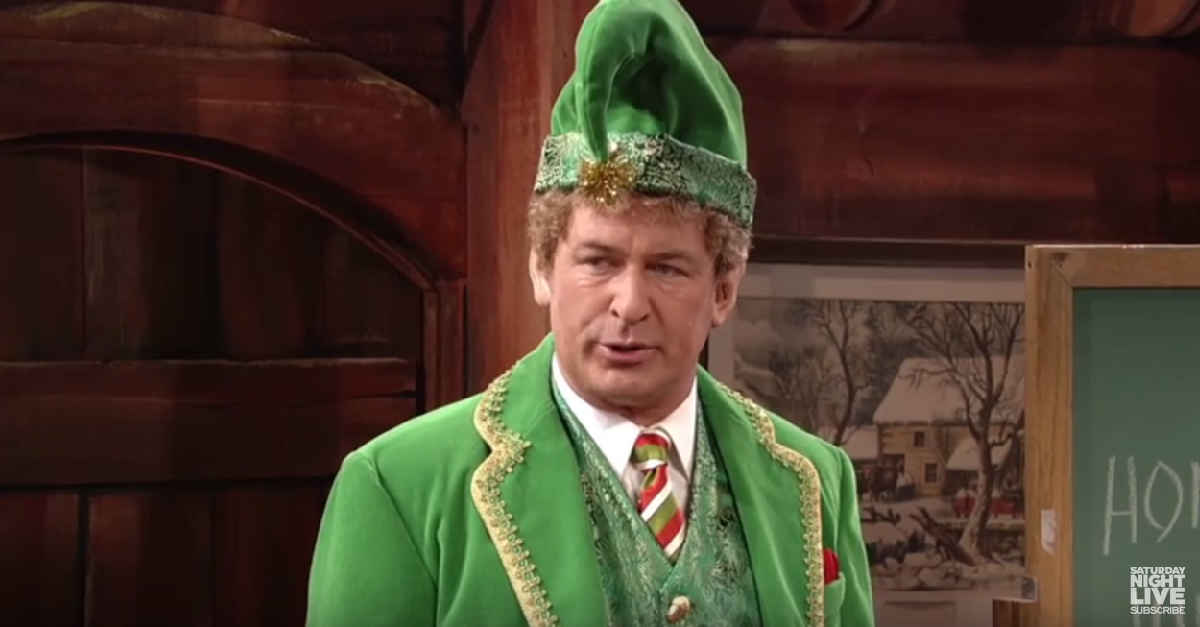