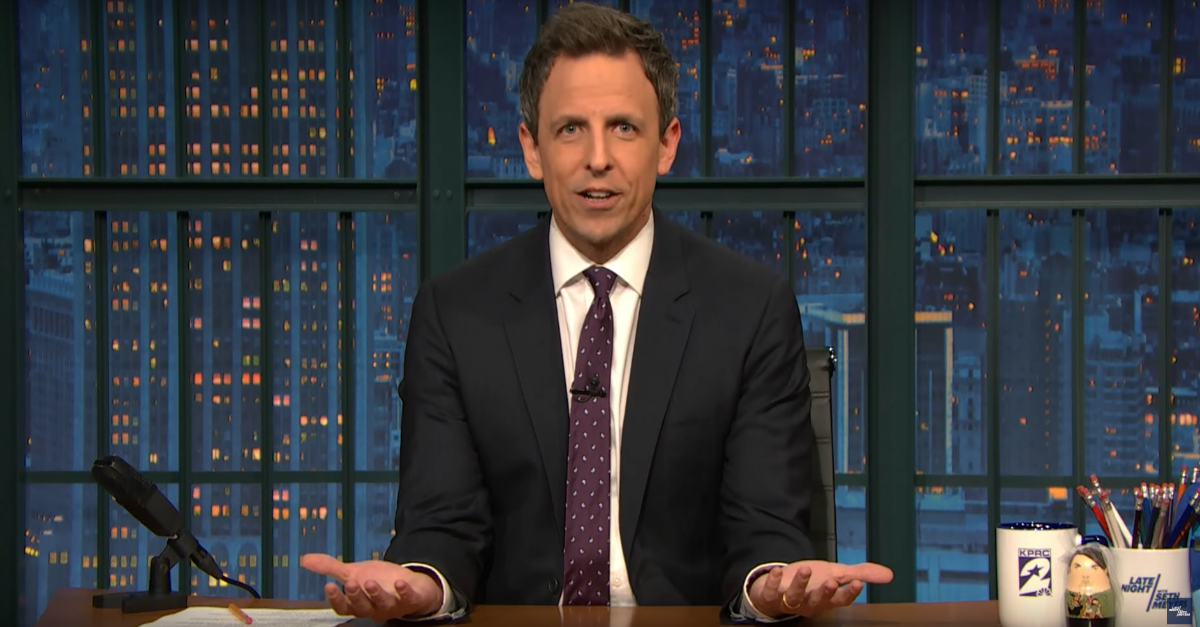 It can be argued that Seth Meyers has picked up the left-leaning late-night comedy baton where Jon Stewart left off. While Stephen Colbert has ditched his character but remained partisan, Meyers doesn’t have to worry about being unbiased because his arguments will hit home with his audience.

On Tuesday night, Meyers premiered a segment he called “Hey!” in which he addressed Trump’s continued assertion that millions of people voted illegally.

“Why do you keep lying about this? There is zero evidence for this claim,” he quipped. “Winners don’t complain about the final score. You know who does? Degenerate gamblers.”

RELATED: Seth Meyers tries to make sense of Trump’s world in his latest indictment of the president-elect

White House Press Secretary Sean Spicer said on Tuesday during a press conference that “the president does believe [that illegal votes were cast]…he continues to maintain that belief based on studies and evidence that people have presented to him.”

When reporters followed up, Spicer referenced a study from the Pew Research Center; its authors told CBS that their findings reveal the number of illegal voters “is still way short of what Trump would have needed to make up for the popular vote loss.”

Meyers finished his monologue with a p***y-grabbing punchline: “Let me just say what dozens of women have already said to you: hey, let go of it.”