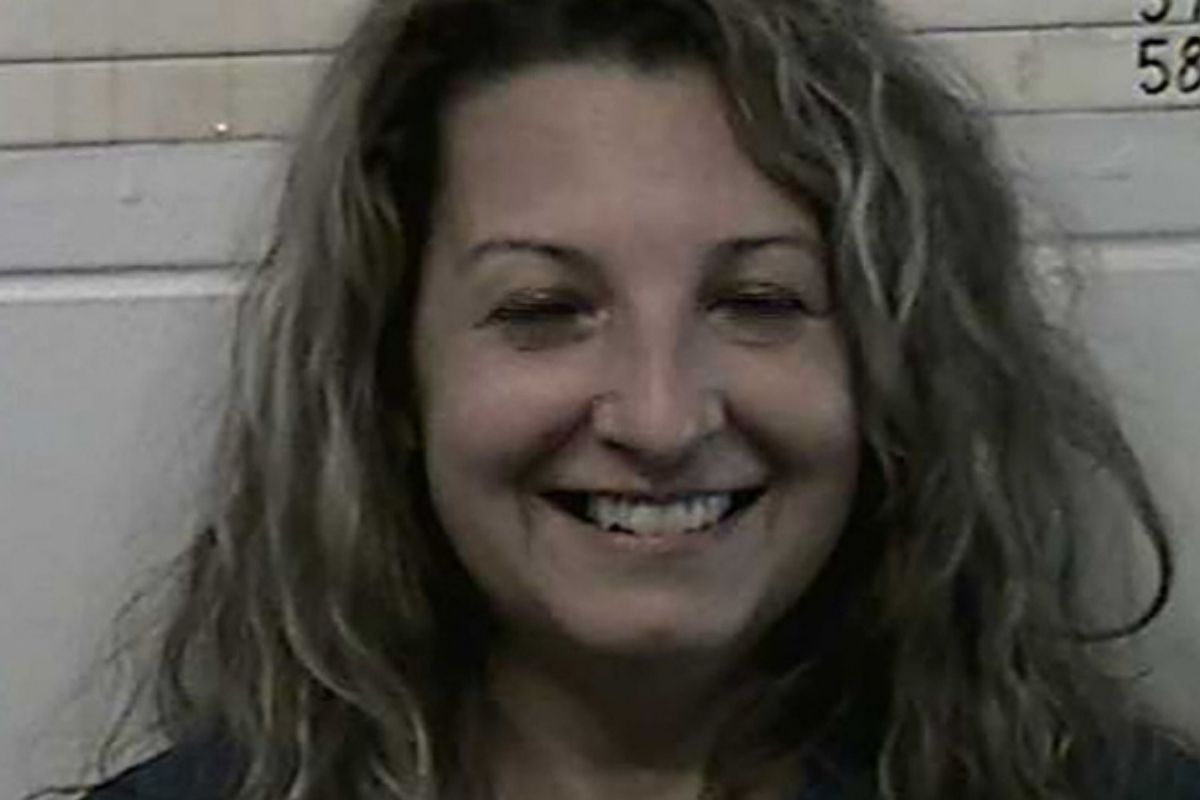 Geesh, this woman wanted a way out of her marriage and pronto. So she did what any other woman would do…she stabbed her husband! Kidding, please don’t stab your husband, that’s just pure evil and well, wrong. But by the look at her mugshot, she had no regrets.

48-year-old Shanda Johnson-Williams was arrested and received a murder charge over the death of her husband Jamie Williams. According to the Oklahoma State Bureau of Investigation, authorities were called after Johnson-Williams reported her husband was dead inside their home in Fort Towson, Oklahoma.

Paramedics were called to the residence, but 48-year-old Jamie Williams was already dead by the time they had arrived. The medical examiner determined the cause of death was related to the stab wounds sustained by Williams. The Choctaw County Sheriff’s Office requested assistance from the OSBI after his death seemed…quite suspicious.

There's no shame in her game.😂

That’s when agents as well as deputies from the sheriff’s office arrested the Oklahoma woman and booked her into Choctaw County Jail. Johnson-Williams’ mugshot was released by authorities, showing her showing a massive grin as the picture was taken. Safe to say that photo will probably only make things worse when she shows up in court. Regrets? Nah, this woman didn’t have any. She did what she needed to do.

Now, I really don’t know what the story behind this stabbing is, but I’m gonna blame the husband here. This woman looks ecstatic that he is dead, and by her own cold hands. I mean, either that or she is just plain crazy. Which could be a major possibility. But, I want to believe the first one. Still, it kind of sucks because she was still charged with first-degree murder. Game over.