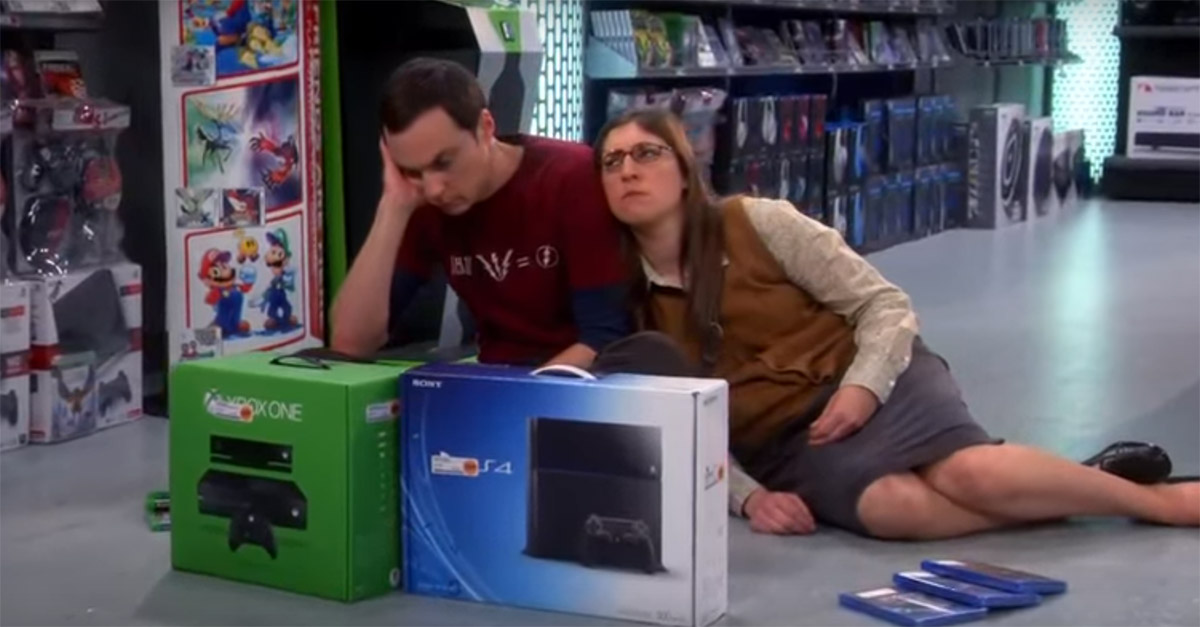 With Nintendo set to increase production of their successful Switch system, and Microsoft set to release the Xbox Scorpio, their highly anticipated new console, in time for the holidays, it looks like video game fans are going to have a big decision to make — and it wont be the first time! In this clip from the season 7 “Big Bang Theory” episode “The Indecision Amalgamation,” Sheldon attempts to express a dilemma to his uninterested partner, Amy, who just wants to eat dinner.

“The Big Bang Theory” is one of the most-watched sitcoms of all time, and is currently in its 10th season. But it’s not just the audiences who find the show hilarious: Jim Parsons, who plays Sheldon, the show’s socially awkward break-out favorite, recently posted a photo on Instagram featuring his co-star Mayim Bialik laughing at a line during rehearsal

This is an actual shot of @missmayim laughing at a @themelissarauch line during run thru. She's so supportive… ❤