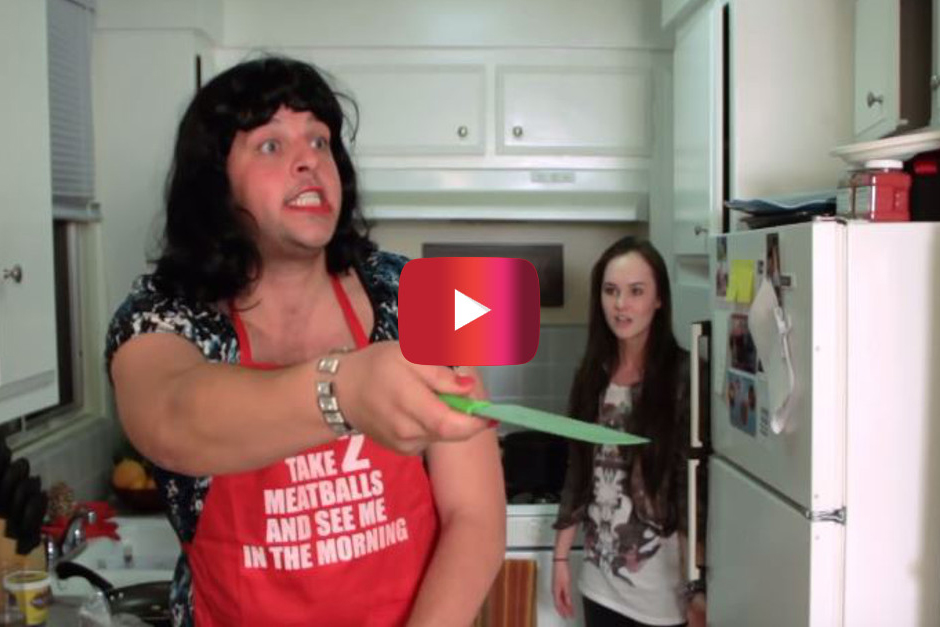 Remember all the way back to 2012, when the Internet was controlled by videos of people saying brutally honest sh*t, while depicting stereotypes from where they hailed from? Here’s a brilliant one about Italian-American mothers that will definitely make you LOL.

For Hardcore Italians This Will Hit Home

Chief among those videos to many viewers, especially those hailing from the Northeast, was “Shit Italian Moms Say” skit starring Daniel Franzese of Mean Girls fame.

For three minutes and thirty seconds, Franzese delivers a rapid-fire barrage of quotes that will make any son or daughter shiver while thinking of their Italian mother.

Italian women and Sicilian women in particular, for lack of a better phrase, are known to be intense, and they love their cooking and Franzese puts that on display with his over-bearing Italian mom.

Whether it’s constantly being yelled at with a mix of English and Italian words, or told to eat more, or told to talk less, or just general complaining without ever being actually angry but always seeming really angry, this video about the women Italy gave the United States pretty much nails it. Any friends and family of an Italian mom knows how spot on this really is.

And you know what? God bless these women. They want you to eat until you’re obese, they want you to be happy, they care — passionately. They do everything passionately, actually. The world would be worse off if we didn’t have women like Italian moms feeding us and pestering us and just generally being their colorful selves whether or not anyone else wanted or asked for it. Unapologetically Italian and unabashedly themselves. We love Italian moms and the shit they say.

This article was originally published August 17, 2015.