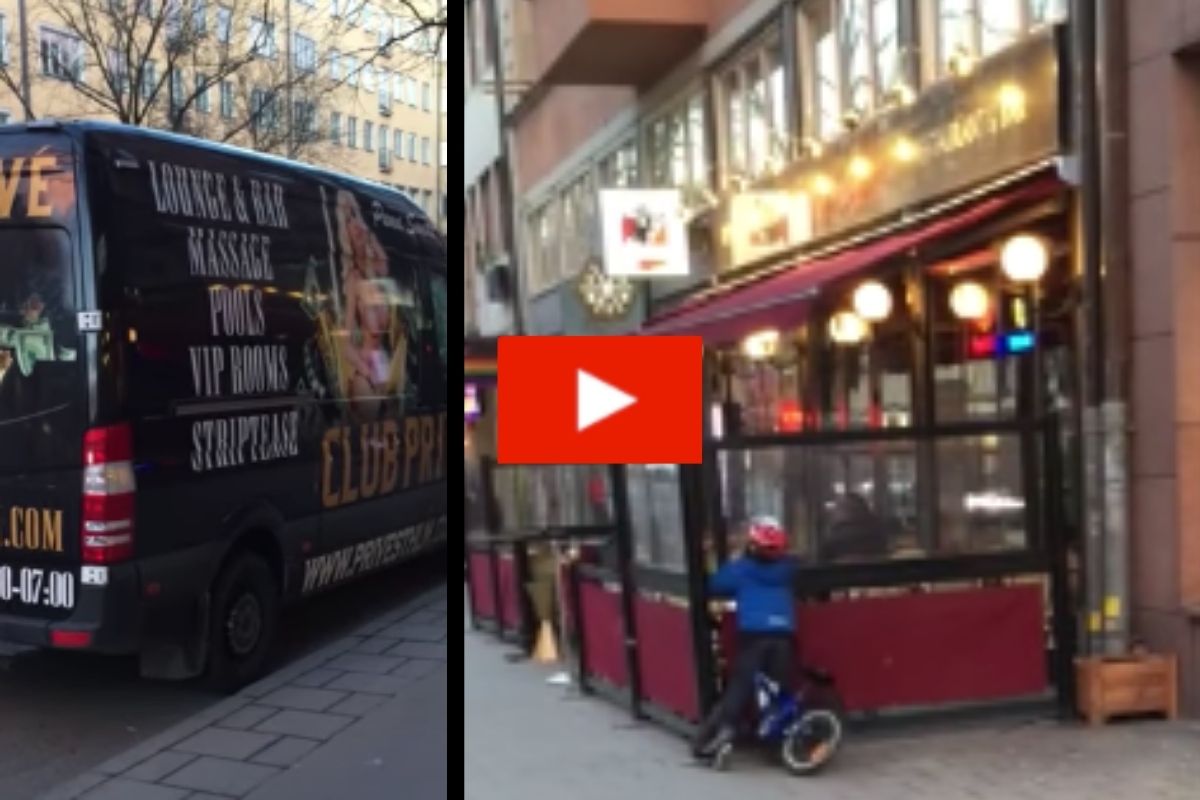 There are so many movie scenes of little boys dramatically dropping their jaws, tripping over their two feet, drooling, or doing something clumsy whenever a grown, beautiful woman enters the scene (I’m thinking Squints and Wendy Peffercorn!). But seeing it in real life can be just as hilariously amusing, as it was for this uncle who caught the funniest video of his nephew getting a little too distracted while riding his bike.

In this funny video caught by the boy’s uncle, it starts out with a shot of a racy strip club ad for a strip club in Stockholm, Sweden. The van says “Club Privé” and is basically a naked girls poster in advertising the place. But before you can even see the young boy, you suddenly hear a loud, “ooh la la,” in a child’s voice, one that clearly hasn’t hit puberty yet.

The camera pans around to spot the young boy, and we see that he’s riding his bike, helmet and all. But his eyes aren’t facing forward, rather staring intently at the sexy ad to his left, considering he’s probably just now understanding the concept of attraction. Nevertheless, because of how distracted he is, he has no idea that he’s about to crash straight into the fence of the restaurant in front of him.

Watch the little boy crash below:

Then, BOOM! The little boy, named Dali as mentioned by his uncle in the ViralHog caption, basically flattens against the fence in a hilarious little accident. His uncle explained, “I was babysitting my nephew and saw the Privé car with the pretty girls posters on their car, so I started filming it for a friend, you know, just between guys. Meanwhile Dali (my nephew) was biking behind me, suddenly, very loudly saying “Oh La La”, which he does when he sees girls, haha! And he was so into it, that he crashed into the restaurants outdoor seating with his bike! The girl walking by was just a stranger passing by, and ran up to help him. In all it was just a random act that led to this very funny movie clip!”

It might be funny to watch as the boy crashes his bike into a fence, but you know it’s even more hilarious as to why. I guess it’s never too late to learn your lesson about where you should keep your eyes.

Editor’s note: This article was originally published on April 26, 2017.