The dancing hot dog first emerged in the early part of 2017 when Snapchat rolled out an augmented filter that featured the gyrating anthropomorphize sausage in a bun. The filter took off, and Snapchat users all over the world began posting videos with the dancing hot dog doing random things like getting run over by a car and getting run over by a train.

The dancing hot dog costume itself is a simple “2 piece fit: Hot Dog Tunic with attached sleeves and hands, and pants with attached shoe covers,” according the item’s Amazon description. And if you worrying about whether or not you can DJ while wearing the costume, worry no more! The costume has “convenient head/hand slits for easy access to cups, touch screens, and turntables!”

There’s bad news for tall people though — it fits best on people below 6’4″. 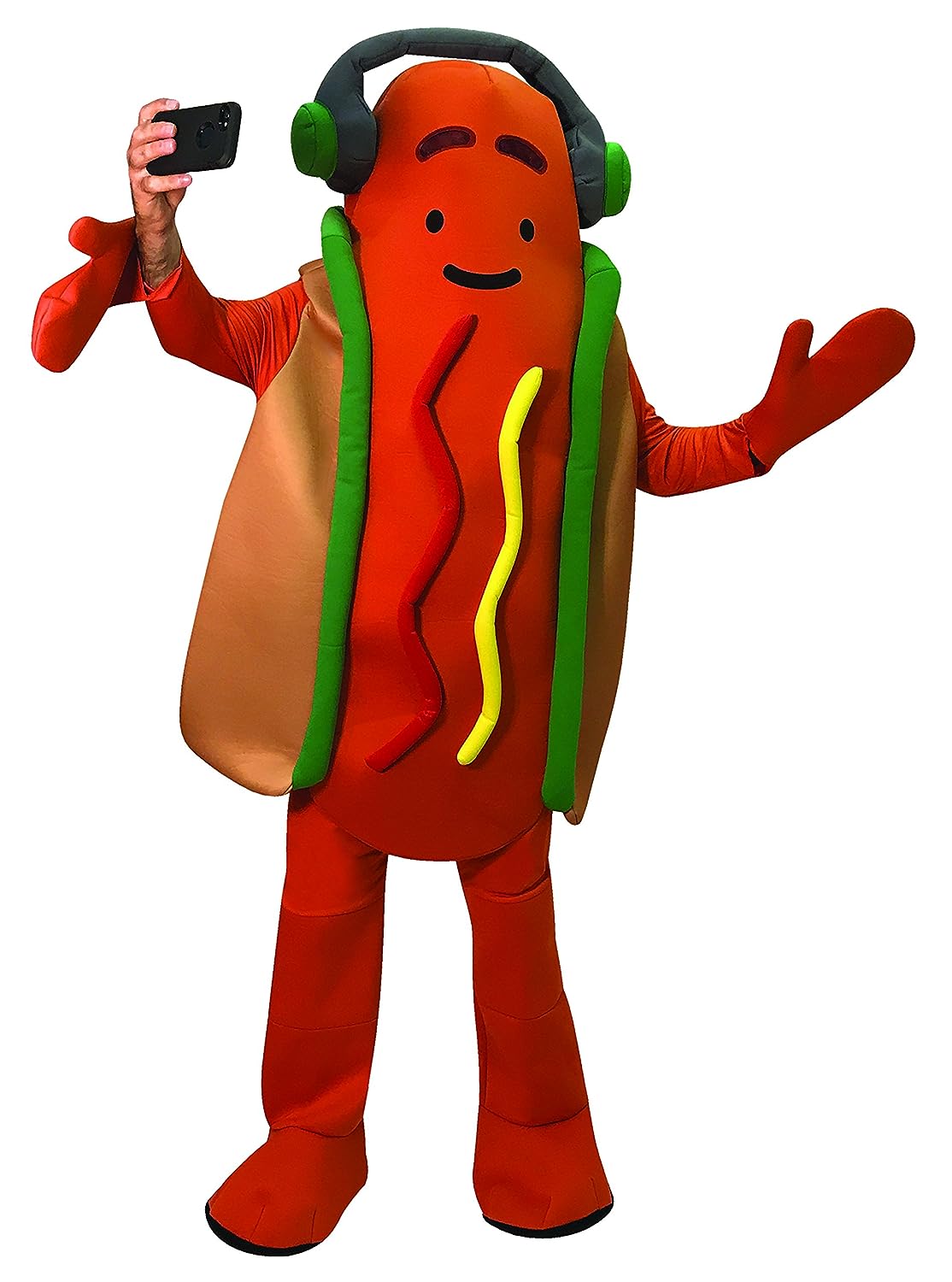