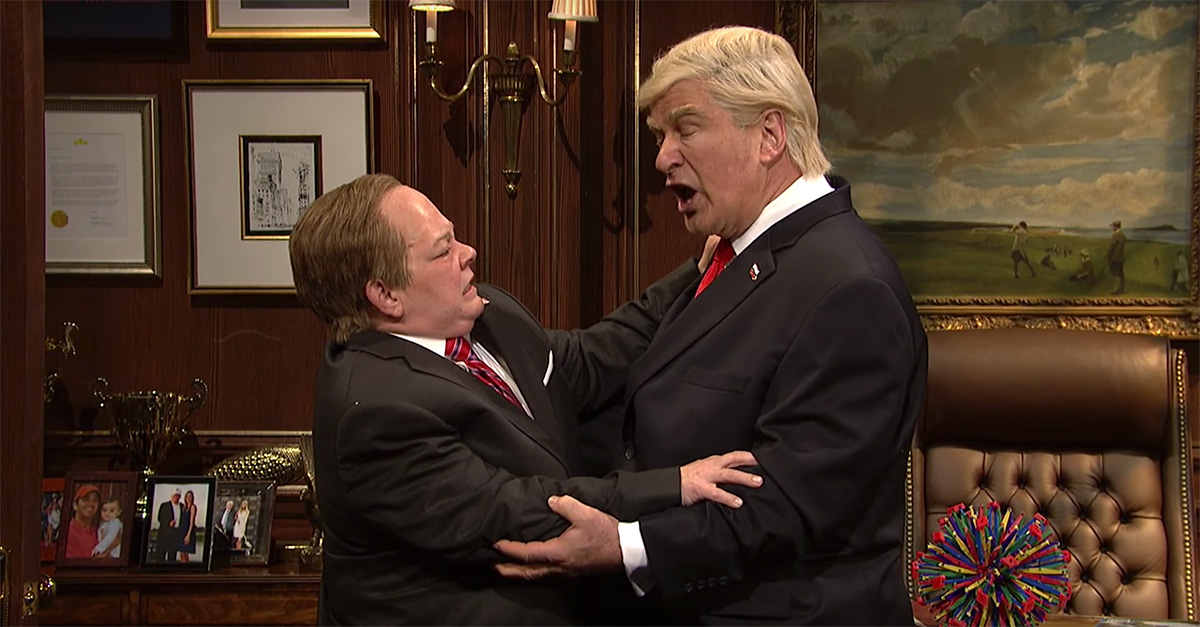 When Melissa McCarthy was announced as the host of last night’s episode of “Saturday Night Live” a few weeks ago, it was obvious that she’d bring back her friend Sean Spicer, but who could have foreseen what the Spiceman has been up to since then?

Aidy Bryant takes to the White House Press Room podium as Sarah Huckabee Sanders, with an accent straight out of the Bible belt, filling in for the on-leave Spicer. Or at least he’s supposed to be on leave. Spicer’s outside of the briefing room doing recon from the bushes — a real thing for which he will be forever known — until he busts back in and takes over the session.

RELATED: Miley Cyrus watches her “Hannah Montana” audition, and her reaction is priceless

Glenn Thrush of the New York Times could not have foreseen himself becoming a character on “SNL,” but here we are, as Bobby Moynihan is called on first, but as “Michelin Man.” He questions President Trump’s Twitter sanity and in return is asked, “Do I come to your job and slap the seven or eight hot dogs out of your mouth?”

RELATED: “SNL” asks “Where in the World is Kellyanne Conway?” with perfect ’90s nostalgia

After a few more questions, Spicer moves on to his trademark visual aids. This time, it’s a Russian nesting doll featuring the likes of President Trump, Jake the Dog from “Adventure Time,” Vladimir Putin, Slimer from “Ghostbusters,” and Pikachu.

But when Glenn asks if the President is lying to Spicer — “He wouldn’t do that — he’s my friend!” — Spicer takes the podium to the road, traveling from D.C. to Manhattan with a soundtrack of Simon and Garfunkel, before finally confronting Trump in what turns out to be quite the intimate moment.