“The Great British Bake Off” is exactly what you might expect. Bakers from around Britain gather to show off their talents and capture the title of the nation’s best confection craftsman. While it is a competition reality show, the “Bake Off” offers no prize money, only the pride of the winner’s title. This may make it more friendly than other competition shows, but in this “SNL” sketch, host Emily Blunt and Cecily Strong play some seriously unpleasant contestants.

RELATED: Rosie O’Donnell confirms whether or not she’ll join “SNL” as Steve Bannon

Americans often think of British accents as posh and proper, but Blunt and Strong remind us that there are rough-and-tumble types everywhere. As two gals who would have rather been on “Big Brother” and won some money, they’re dismayed by the lack of cash at stake on the “Bake Off.” Still, that doesn’t prevent them from terrorizing the other bakers and haranguing the judges at every opportunity. After all, they didn’t come on the show to make friends.

Let’s hope the real “Bake Off” has stricter contestant screening than “SNL’s” version. 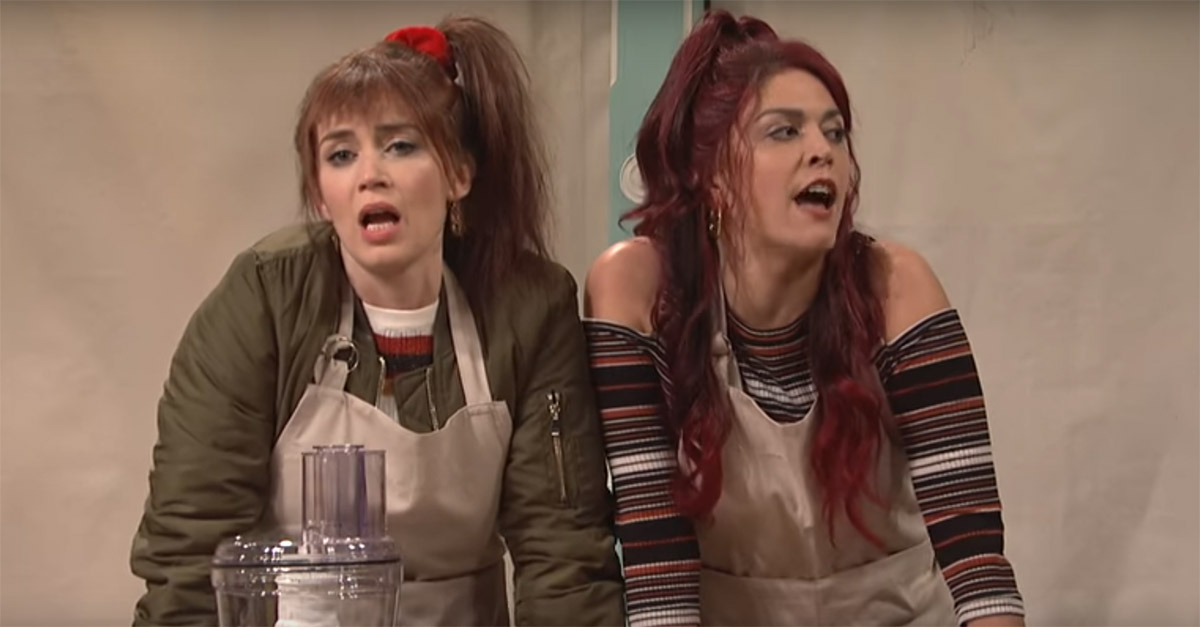