When Ryan Gosling first hosted “Saturday Night Live” in December 2015, he had a tough time maintaining composure, especially around the hilarious Kate McKinnon.

Smash cut to September 2017, and the “La La Land” star was the guest host for the show’s season 43 premiere. And we’re delighted to report that his composure was nowhere to be seen during his second stint as host. Evidently, 2017’s McKinnon is just as funny — if not more so — as her former self.

A sketch from early on in the episode titled “Another Close Encounter” was a follow-up to the 2015 sketch in which Gosling utterly failed to keep a straight face. In the follow-up, Gosling, McKinnon and Cecily Strong played the same alien abductees as they did when the star hosted the first time around.

In the sketch, the three characters are telling two government agents at the Pentagon about their experiences with extra-terrestrials, and while Gosling and Strong’s characters had near divine experiences, McKinnon’s recollections of the events are somewhat brasher.

In the original 201 sketch, all McKinnon needed to do to cause literally every one of her scene partners to burst into hysterics was deliver her hilarious emotionless description of the strange and disturbing run-in she had with the aliens. But this time, it was obvious that she just wanted to make Gosling break. 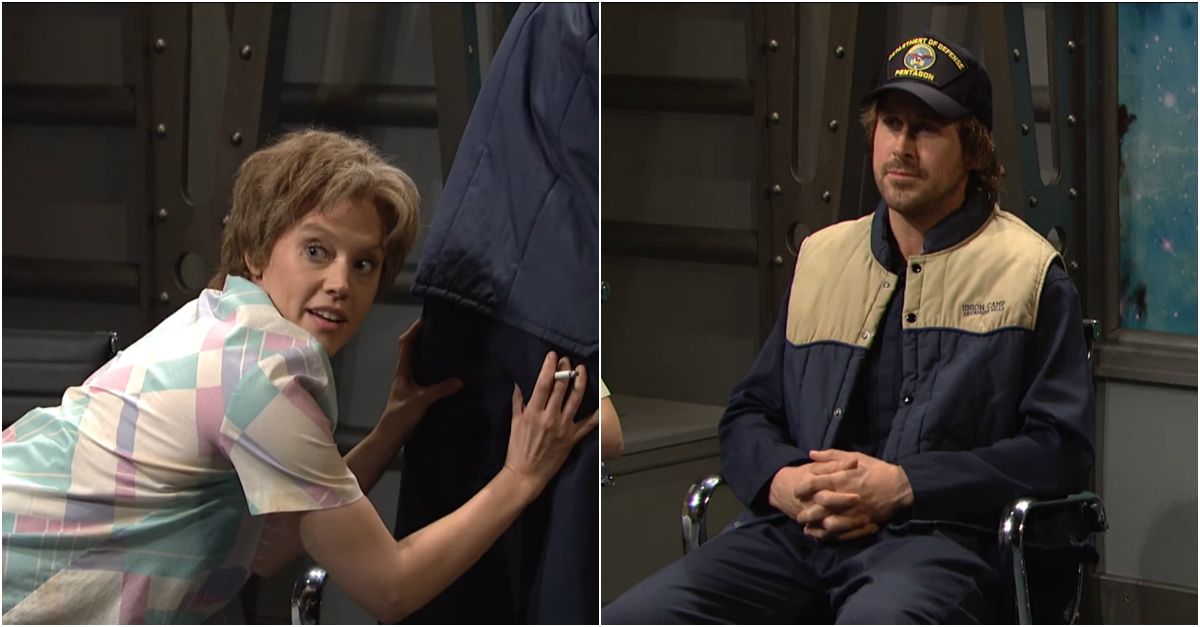