Menu
Follow us
Search
Menu
Search
Even the President trusts The People's Court - on "SNL at least.

“Saturday Night Live” perfected the art of the callback with this whole sketch, which sees the President of the United States of America taking a case to his preferred court — this president being Donald Trump, that court is “The People’s Court.”

“First of all, Mr. Trump, you understand this is a TV court, right?” said Cecily Strong as Judge Marilyn Milan, the highest legal authority in the land when it comes to our sitting president.

“That’s okay,” said last night’s host, Alec Baldwin, in his only appearance as Trump throughout the whole episode. “I’m a TV President.” He continued with, “That’s okay judge. What do you call a lady judge, a flight attendant?””

RELATED: Things got weird and a little heated during a morning show interview about whether voter fraud is real

Trump went on to explain his contested executive order: “I signed a travel ban — I didn’t read it, but I signed it. People took pictures of me holding up the paper — very official!” Not official enough, though. What was official was Trump breaking out into “Bad boys, bad boys, whatcha gonna do?” while explaining the need for the travel ban. Because that feels like what actually happened in the Oval Office. 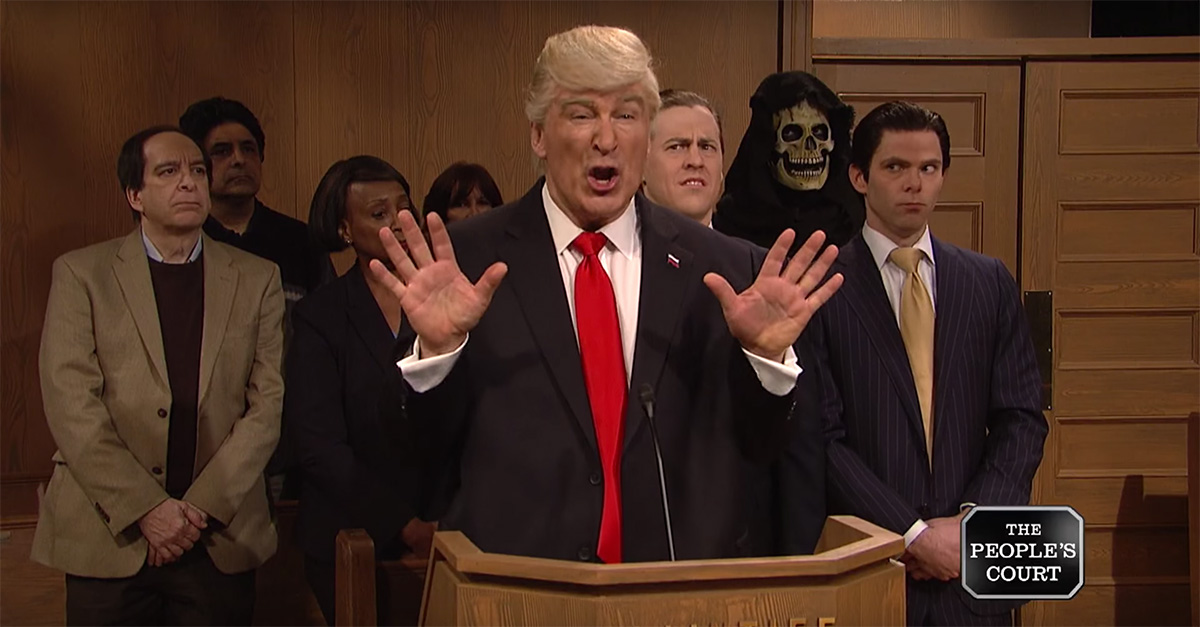