Snoop Dogg Implied He Once Smoked Weed With Barack Obama 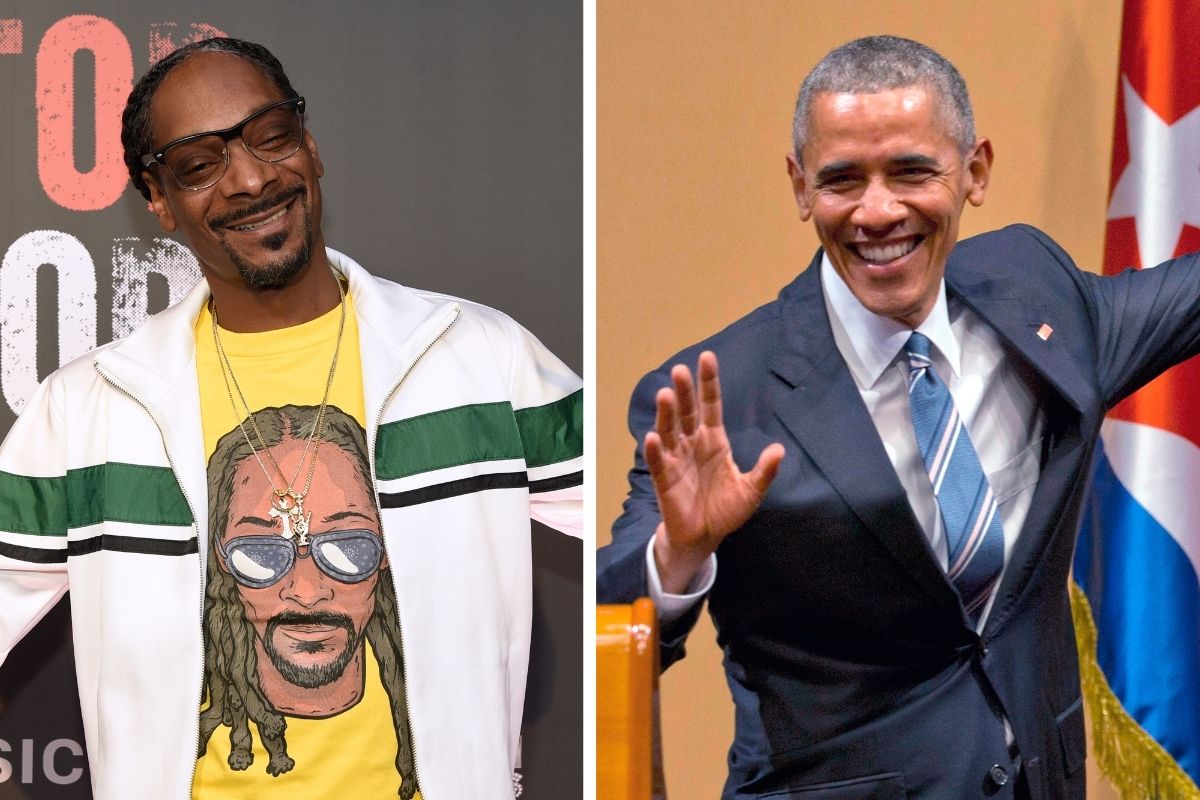 Well, well, well… I certainly didn?t see this coming at all. Am I surprised? Yes. Am I shocked? No. It?s Snoop Dogg for crying out loud, his best friend is Martha Stewart. Apparently, the rapper has now revealed a shocking incident, which implies that he has actually smoked marijuana with former President Barack Obama.

Boy, oh, boy! I can already see the comments. On his new album, From Tha Streets 2 Tha Suites, the artist revealed in the new song Gang Sign that he had gotten high with Obama. The lyrics stated, “Still sippin? gin and juice while I?m smoking marijuana / I bet you never blew with Obama.”

Did Snoop and Obama Smoke Weed Together?

According to the New York Post, the 49-year-old hip-hop legend could be talking about either Barack or his wife Michelle Obama, but the song doesn?t go on to divulge any more information. So…yes this left several fans wondering if indeed he actually smoked with one of the Obamas, or if it is ultimately a joke. As expected, a representative for the Obamas has released any statement whatsoever, which seems a little fishy to me, but hey, I?ll let it pass!

But, to my surprise, Page Six apparently reported that Snoop Dogg did admit during an episode of his online show, GGN: The Double G News Network, that he smoked weed in a White House bathroom during a visit. Guest Jimmy Kimmel had asked, ?Have you ever smoked at the White House?” To which Dogg responded, “Not in the White House ? but in the bathroom. Because I said, ?May I use the bathroom for a second?? and they said, ?What are you going to do? No. 1 or No. 2? I said, ?No. 2,'” LOL, epic.

He noted that he often smokes when he is relieving himself in restrooms. He stated, “So I said, ?Look, when I do the No. 2, I usually, you know, have a cigarette or I light something to get the aroma right.'” This wasn?t the first time he smoked on the White House grounds.

Back when Donald Trump was in office, the rapper had shared a video of himself smoking while walking in the public area near the White House. You know, because who’s going to stop the OG from smoking some weed here and there. Do I believe that he smoked cannabis with Obama? I want to say yes, I mean…why not? But then again, it IS Obama we?re talking about here, so who knows. Smoke away, Snoop! Smoking weed with you would be a privilege.